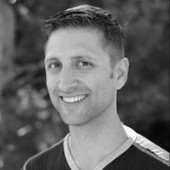 James Wasem is the author of "Great Church Sound - a Guide for the Volunteer." James has been designing, installing, and operating sound systems for 20+ years and he has a passion for helping church sound team volunteers deliver great sound. Connect with James at his informative site, Great Church Sound. Video Basics from Composition to Lighting and Audio [Infographic] 5 Ways to Enhance Your Ministry with Live Audio Streaming