Power can sometimes come with a cost. This even applies to worship software. ProPresenter, for example, is a very powerful tool but it is not simple to master. Learning how to use this tool to run a presentation can happen in a few minutes, but mastery takes longer.

Here are seven common mistakes to avoid when using ProPresenter: 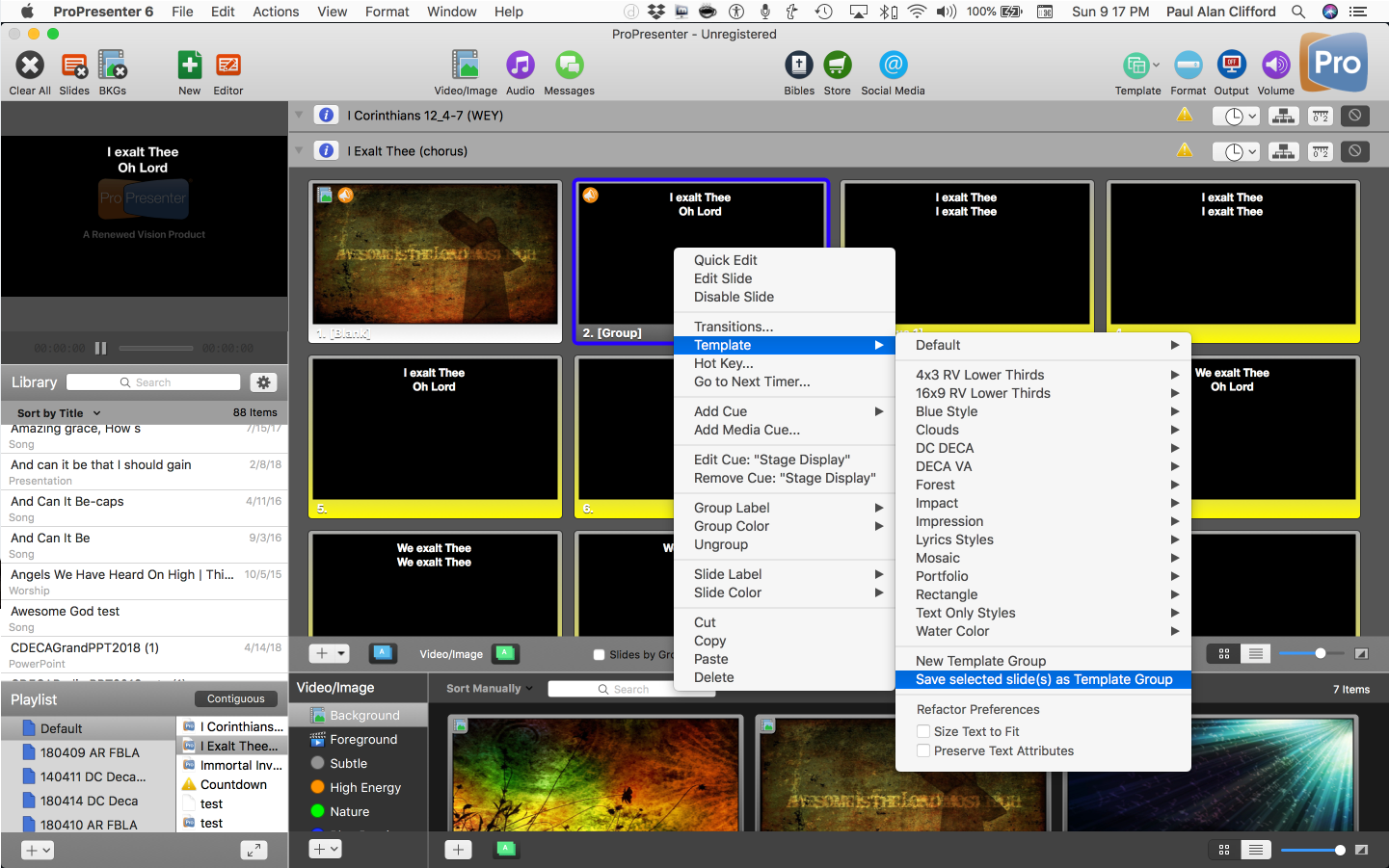 Changing the look of slides might seem like a pretty cumbersome process if they had to be edited one at a time. A better way would be to create a template. This makes the process MUCH faster.

First, to edit a slide,  right-click on it and select “Edit slide” (or using the keyboard shortcut “Ctrl-E”) to make it look the way that you want all your slides to look. Then, exit the editor by clicking the “X” in the upper left-hand corner of the editor (or hitting “Ctrl-E” again).

Next, right-click on the slide you just edited and scroll down to “Template” and choose “Save selected slide(s) as Template Group.” Then, name the new template something that’s both memorable and makes sense. Click “Save” and the template is created.

Once the template is created, select any of the slides in that document, hit “Cmd-A” ( or “Ctrl-A” on Windows) to select all the slides. Then right-click on one slide and select “Templates,” then select the template you just created. That’s it.

One note, this process only affects the slide layer, so you need to add backgrounds separately. Do your worship leaders sometimes forget words or get lost in a song? Maybe you have a pastor who is notorious for going over time (despite being the person who set the time limit) or who accidentally omits an important message during the announcements. ProPresenter’s Stage Display can help.

This feature lets you have a dedicated display with its own simplified layout, showing people leading the room information they need. This can be the next line of the song that’s being sung before the congregation can see it, a countdown clock for the duration of the sermon or even messages to tell the pastor to wrap it up or other notes.

Stage Display is included with the basic license for ProPresenter but requires a dedicated video output (see below).

Once it is wired into a display (like a TV on the front row of seats or a projector shooting onto the back wall), it is simply a matter of clicking the “Enable Stage Display” checkbox in ProPresenter Preferences under Display, after you’ve dragged the purple box that says “SD” to the box representing that display.

You can also create different configurations and switch between them here or automate switching between configurations by adding a stage display cue on a particular slide (like the first slide of the sermon notes, etc.) in [amazon_textlink asin=’B00ZDFFNRM’ text=’ProPresenter 6′ template=’ProductLink’ store=’churc0da-20′ marketplace=’US’ link_id=’84544da6-74da-11e8-ae35-0d6e8f046c05′]. 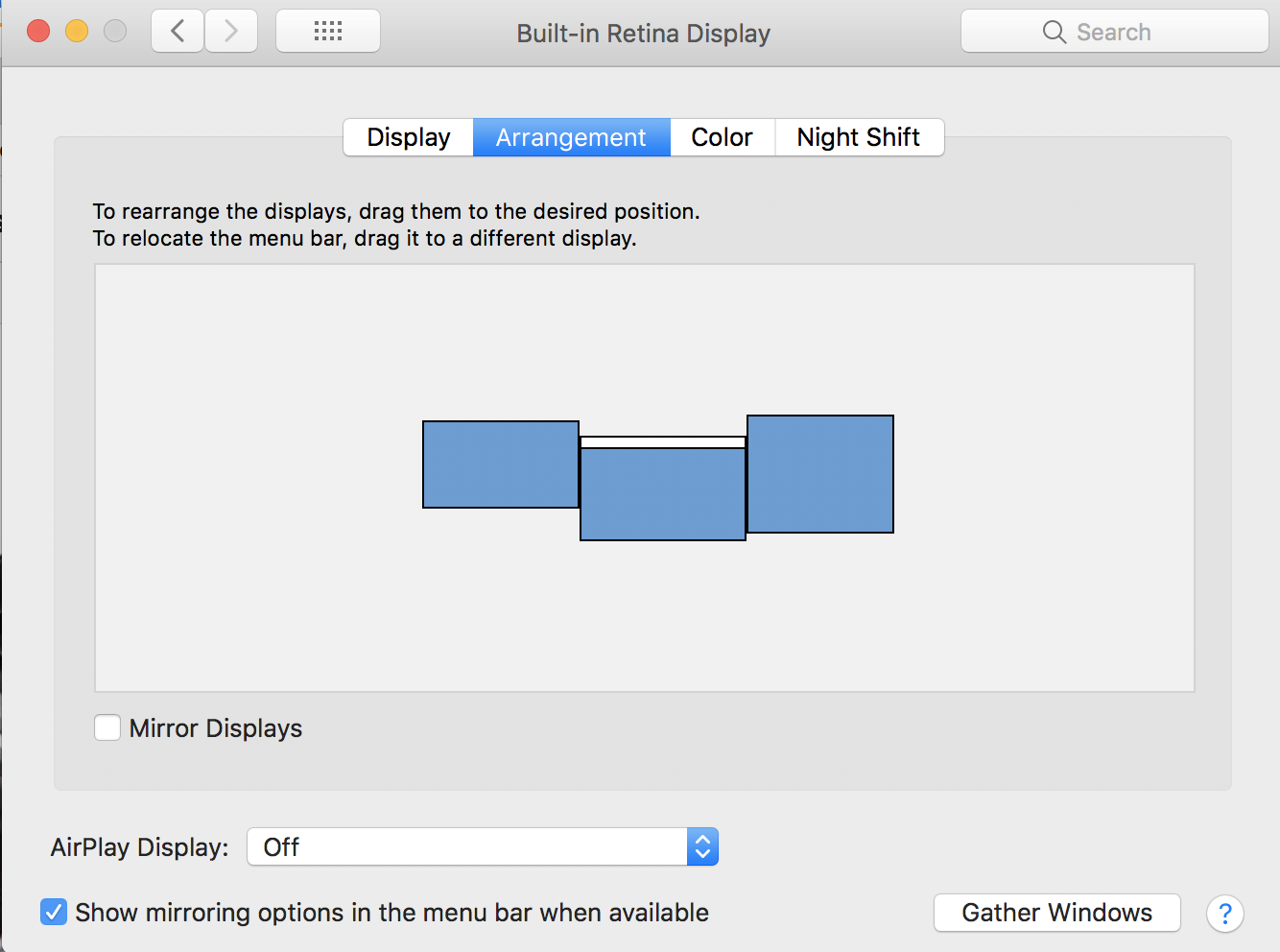 In the system preferences on Macs, for example, the computer needs to see three display outputs. One could be the built-in display, like in a laptop or an iMac, but the other two have to be dedicated external displays.

Some computers cannot output three display signals, so additional hardware would be needed to ensure you would have three total.

4) Updating the OS Before ProPresenter is Ready Apple has been routinely releasing new versions of [amazon_textlink asin=’1786461692′ text=’MacOS’ template=’ProductLink’ store=’churc0da-20′ marketplace=’US’ link_id=’e2a8b1c2-74e1-11e8-8d90-6bc455a1cda5′] every year. That’s good, except when it causes problems. Developers need time to test the new OS and make changes to their software to make sure everything works as expected.

[amazon_textlink asin=’B00ZDFFNRM’ text=’ProPresenter’ template=’ProductLink’ store=’churc0da-20′ marketplace=’US’ link_id=’b82d9e69-74da-11e8-be85-d36720ad2c0b’] is no different. While the first beta versions come out in June, it is not until the actual release that you can be sure that the changes you are making will actually fix what you expect them to fix. Large companies, like Microsoft, do not always have compatible versions of their software the day Apple releases a new version, so it is little surprise that Renewed Vision doesn’t either.

So, don’t get anxious. Wait until you get the green light from Renewed Vision to update your MacOS.

5) Updating Either ProPresenter or the OS Right Before Church Anytime updates are made there might be problems. Other hardware attached to computers or other things could affect systems or software in ways developers do not anticipate. Therefore, it is better to make updates when there is considerable time to fix any problems that might pop up.

Good times to make updates would be AFTER the last weekend service, not before. Then, if there are problems, you can figure it out yourself, look for help in one of the online communities or even talk to Renewed Vision tech support during business hours on Monday.

It is also a good practice to run through a couple of old playlists after updates are made to catch any problems that may not be immediately obvious.

For various reasons, some staff members may still insist on making their own presentations with PowerPoint templates. These templates can have random and dated animations, which could make it harder for the team who is already using ProPresenter.

7) Putting Too Much Text on the Screen 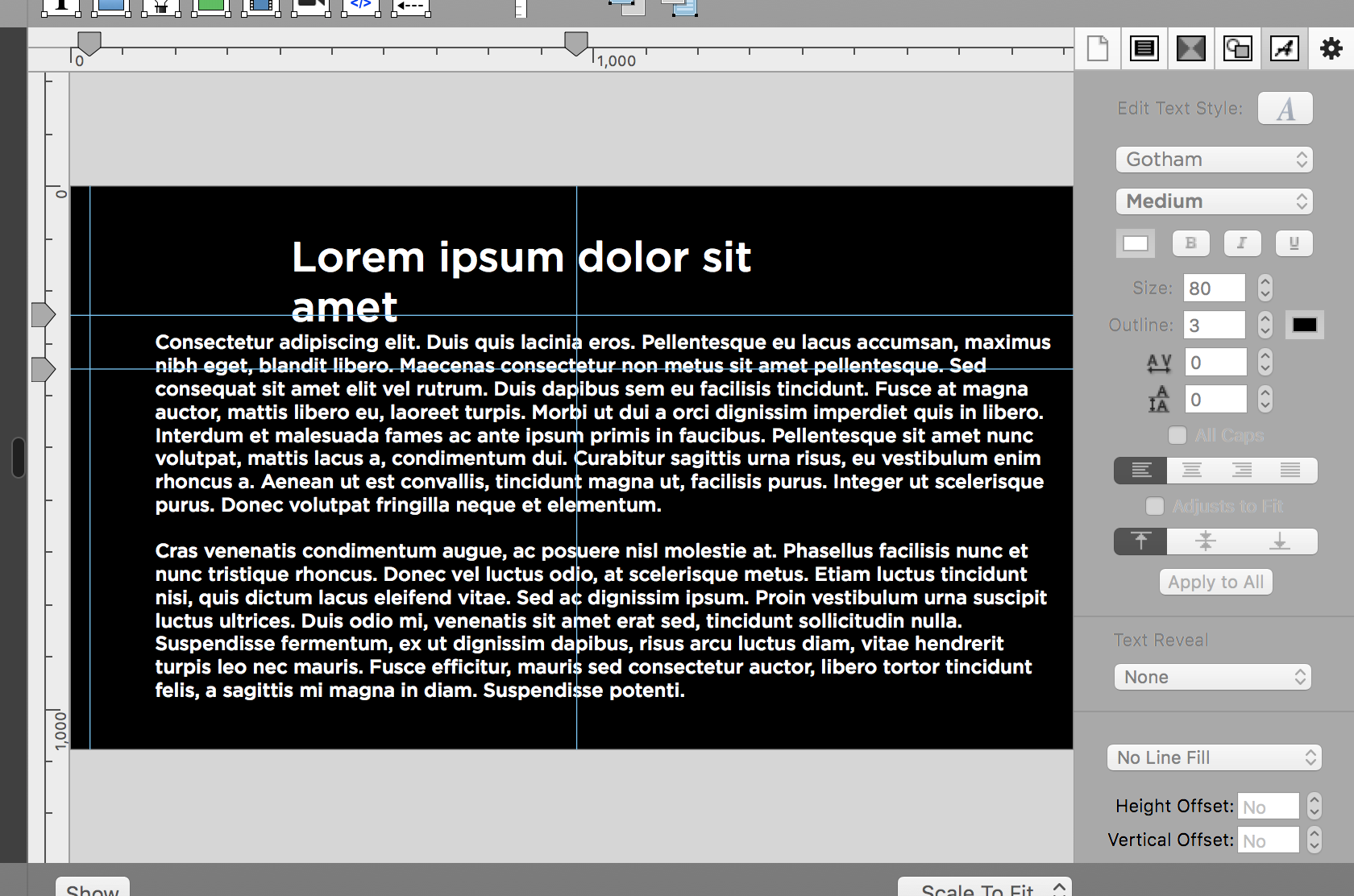 This is not a mistake with ProPresenter per se, but with all presentation software. Just because something is legible on a screen that is a foot or two away from the operator does not mean that it will be legible for people across the room from a projector screen or other display.

A better practice is to keep lyrics to no more than five or six lines and scripture to no more than eight lines at a time on screen. Less text on the screen tends to be better, as long as the operator can keep up with the flow.

These are just a few of the mistakes to avoid when using ProPresenter that can help improve the quality and effectiveness of creating and running church presentations. Learning how to make these improvements can lead your team toward mastering ProPresenter functionality and making this powerful tool more simple to use.