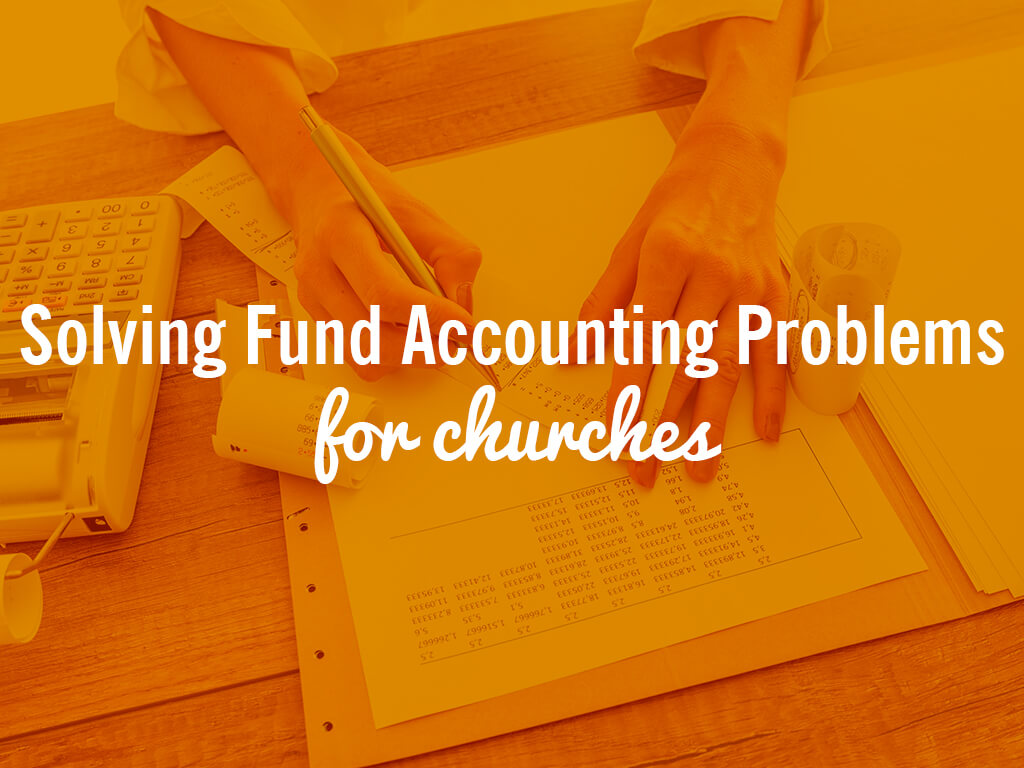 Tim Goetz has always been good with numbers. Growing up in California’s Central Valley, he would end up getting an accounting degree from nearby Fresno State. Afterwards, he worked for a little over two years as a financial statement auditor at Deloitte and Touché, becoming the Fresno, CA office’s internal control specialist.

In early 2007, Goetz felt pulled in another direction and he went to work at one of Fresno’s largest churches, The Well, as an Executive Pastor. He quickly realized something big was missing in all of the big accounting programs — something they all couldn’t do that churches needed them to do. That something was fund accounting.

What fund accounting issues did you face while at The Well?

At The Well, we struggled to get reports by fund. For example, we had three funds – a General Fund, a Missions Fund, and a Building Fund. We committed 10% of tithe to the missions fund. That missions’ fund had a running balance that we couldn’t properly reflect on our balance sheet. Having a past life as an auditor, this bothered me. We ultimately used a suggested QuickBooks workaround instead of creating a separate cash account to track the running balance. This was a trade off that caused an internal control weakness, as we could no longer perform a bank reconciliation using the software since our physical bank account was now split across two virtual QuickBooks accounts. We had our finances audited annually and the auditor called this out every year.

The other thing I struggled with at The Well was reporting for multi-site church campuses. These are not funds; rather, they’re other sub-sets of the same structure. Many nonprofits have this type of entity structure. Kiwanis clubs, for example, have districts and clubs. Churches often have preschools, or multi-sites.

How did you solve those fund accounting problems?

I looked for fund accounting software, but only found a small handful of outdated and overpriced solutions. Each of these was tens of thousands of dollars, for what, a 10-15 year old desktop product? That was not good enough. I wanted a technologically current (within a decade), fund accounting software that was affordable. I wasn’t asking for the moon, but unfortunately it just didn’t exist. So, in 2009, I set out to create that solution on my own and launched Aplos, which means ‘simple’ in Greek.

I knew what it needed to do and teamed with some great developers to begin building a church accounting software that would finally do what I knew churches out there needed but couldn’t find. We made it for the cloud (accessible through any browser). There also needed to be a lot of flexibility in the software for the user to create a custom chart of accounts that reflected their organization, since churches aren’t one-size-fits-all. We made it true fund accounting and gave churches the ability to manage budgets by fund and create as many funds as they need.

Personalized reporting is also a big problem we tackled. We needed to give people a way to generate reports by Department, Campaign, Project or a custom segment of account groups. This was huge! At the time, all the other programs out there only allowed for manually pulling of these reports — a workaround that most people hated! Over the past several years, we have never stopped working on making it better and focused on the areas that are particularly tricky and time-consuming for churches.

What’s on the horizon for Aplos?

Until recently, our sweet spot has primarily been to serve entities that do less than $500,000 a year in gross receipts (90% of the nonprofit and church space). These are churches and nonprofits that typically have less than 10 employees and need a simple, straightforward fund accounting system.

We have grown with our customers and just launched Aplos Advanced Accounting for larger organizations that need more complex reports and the ability to slice and dice their data in infinite ways. This is a perfect fit for churches that need to manage special programs like preschools, multiple campuses, or oversee departments. This now means we have current and affordable solutions for 99% of the nonprofit and church space. We’re going to let the ‘competitors’ duke it out for that top 1% – as we are happy as a clam serving those that don’t want to pay an arm and a leg. After all, if such a product had existed in 2009, I would have never started Aplos!