The Rise of Smartphones Over Digital Cameras [Infographic] 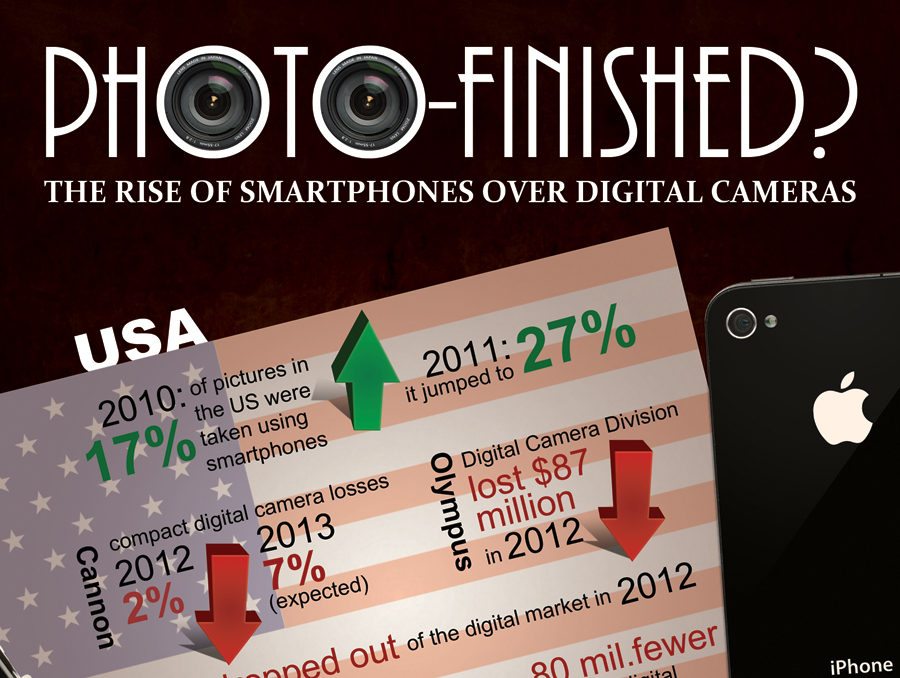 Smartphones are truly a multi-purpose device in so many ways. Keep your calendar, contacts, and email with you all the time, sync it to your desktop seamlessly, utilize social media with a few touches, and oh yeah, take hundreds of digital pictures and videos whenever, wherever. To put it simply, smartphones are kicking digital cameras’ butt.

This recent infographic on worldwide use of smartphones vs. digital cameras for taking photos reports:

Fact: 52 % of Chinese respondents surveyed said they use a smartphone because they can use it “without being seen easily.” Same response in Egypt (43%), Mexico (41%) and Brazil (39%).

How about you–do you take more photos on your smartphone vs. your digital camera?