5 Shifts in the Landscape of Church Space 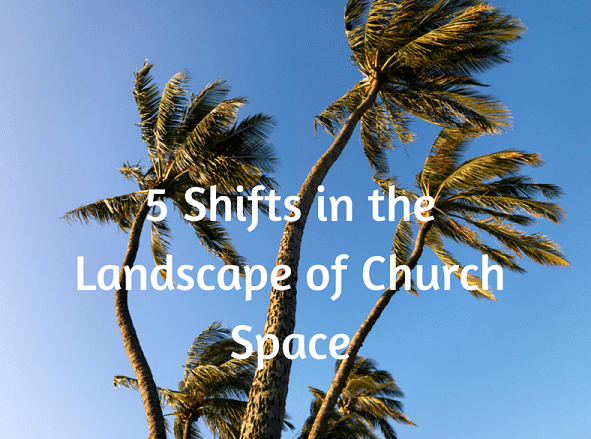 The church building and religious-use facility industry is being dramatically and permanently altered by factors that began emerging at the dawn of the 21st century.

In 1989 popular author Ken Follett wrote a riveting best-selling novel “Pillars of the Earth” about the factors that influenced the building of cathedrals in the Middle Ages. Those factors influenced church construction and facility use for nearly a millennium.

Today there are new factors that are dramatically shifting the way we build and utilize church facilities.

When I came to my church in Colorado in 1991 the latest technology was the overhead projector. Today we have personal computers, digital video, wifi, smartphones, cloud computing, social media and internet campuses.

Typically the first impression people have of a church is a virtual one on Facebook, a website or online campus. During the Middle Ages, church leaders taught the illiterate masses biblical content through images made of colored stained glass in the church windows. Now we teach biblical content with images on video screens. We used to go to a church building to worship and hear a message; today all we need is a phone to experience worship and download a message.

This technological revolution is making the ministry of a local church less facility-centric. While the primary ministry of a church is still local, it doesn’t have to be limited to a geographical location or tied to a facility. Cloud computing makes the mystical universal church more universal. Any local congregation can deliver their message anytime, anywhere on the planet.

Shift 1: The tech revolution extended church impact beyond the walls of a building and geographic location.

All of these technological breakthroughs have had a profound impact on how we build and utilize church facilities today and laid the foundation for the multisite church revolution—taking church to the people! In the last quarter of the twentieth century growing churches had only one option—expand through buying more land and building larger facilities. Many of these churches became megachurches of 2,000+ people in weekend attendance through a series of steps.

These churches bought large tracts of land in suburban communities and built large worship centers with corresponding children, youth and parking space. They added multiple worship services on multiple days (Saturdays and Sundays). Eventually, many of these churches became landlocked or restricted by zoning laws that prevented further expansion on their campus.

To accommodate and accelerate growth they created closed-circuit television overflow rooms in fellowship halls, gymnasiums, chapels and student centers on the church campus. With the advent of digital technology, these eventually evolved into high-quality video venues. It was inevitable that these video venues on campus would evolve into video venues off campus giving birth to the multisite church revolution. Now churches have an alternative to buying land and building bigger buildings in one location, they can grow through multiple locations. They don’t have to put all their resources into one location.

Before the multisite revolution, we often bought large tracts of land and built huge facilities because we could. Today the economic reality has changed the equation. Growing a church through multisiting made sense in prosperous times, but during the economic recession of 2008-2010 it became the primary way growing churches were accommodating their growth and extending their reach.

New church construction dramatically dropped off during the recession while multisiting dramatically increased. Very few multisite churches buy land and build new facilities. Instead, they tend to rent or purchase existing facilities and retrofit them.

Even as prosperous times return there will be less appetite for purchasing ginormous tracts of land and spending gazillions of dollars on one location when you can multisite for a fraction of the cost.

The average cost of launching a multisite campus in a school or theater is $250k-$500K dollars. The cost of retrofitting an existing commercial building ranges between $750k-$1.5m.

While multisiting is not cheap, it is a whole lot less expensive than buying more land or building larger buildings. This is the reason why the majority of megachurches have multiple campuses. Multisiting allows churches to reach more people better, faster and cheaper than by building a giga-size church building in one location.

Factor 4: The Decline in Church Attendance

There are many pundits today who suggest the Church in America is dying but to paraphrase Mark Twain “the reports of the Church’s death have been greatly exaggerated.”

In the 1950’s when the dinosaurs still roamed the earth, the majority of Americans went to church or at least said they did because it was a cultural value. Though there are many biblically-centered, vibrant and growing churches in America today, there has been a clear shift away from the value of church attendance. Biblical Christianity is growing in America, cultural Christianity is in decline.

Most Americans declare themselves spiritual but not religious or church-going. Today less than 20% of Americans attend church regularly.

As a result, church buildings once seen as an asset to a local community are increasingly being viewed more as a liability. In the eyes of non-church goers, church buildings take money off the tax rolls, cause traffic problems and create noise issues.

As a result, there is an increasing community resistance to churches buying land and building facilities, especially large facilities. To win the hearts of the secular community church buildings will have to be multi-purpose facilities that not only serve the church family but also the broader local community.

The church heroes of the baby-boom generation were the megachurch pastors. Today they are the church planters. When I started thinking about multisiting in the early-1990’s I thought it would be sort of like church-planting, but different. So I went and bought all the church-planting books available, all three of them. Not only were there not many books about church planting, the few that were available were either written by researchers who had never started a church themselves or by individuals who were successful church planters in the 1950’s.

Today there are about three books a month published about church planting from successful practitioners. Starting new churches is the new cool!

These new church planters are less inclined towards building super-mega campuses but will multisite and re-purpose existing buildings. When they do build facilities they will be smaller (under 1,500 seats) and multi-purpose with multiple venues that are community and environmentally friendly. 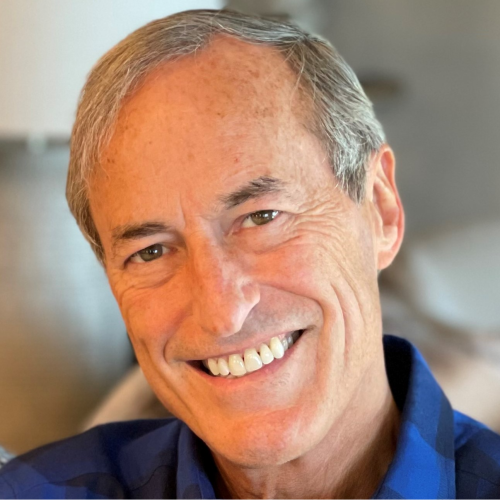 Jim Tomberlinhttp://multisitesolutions.com
Jim Tomberlin began his multi-site church journey in the mid-1990s when he was the senior pastor of Woodmen Valley Chapel. In 2000 he went on to pioneer the multi-site model at Willow Creek Community Church in Chicago. Since 2005 he has been consulting and coaching churches in developing and implementing multi-campus strategies. As Founder and Senior Strategist of MultiSite Solutions , Jim leads a seasoned team of practitioner specialists who can help you maximize the redemptive potential of your church.