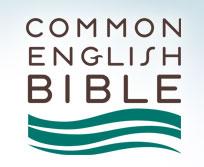 By the time early church scholar St. Jerome died more than 1500 years ago, he had laboriously translated the Bible into Latin, taking more than 20 years working within the confined technology of the late 4th century. Considered the patron saint of all translators, today the Feast of St. Jerome is celebrated Sept. 30 as International Translation Day to highlight the degree of difficulty in translating from one language to another.

Electricity, the Internet, and instant global communication have allowed immense strides in communicating across languages, including new Bible translations like the Common English Bible, (CommonEnglishBible.com), in which 120 academic scholars and editors, 77 reading group leaders, and more than 500 average readers from around the world joined together to clearly translate, in record time, Hebrew, Aramaic, and Greek languages from thousands of centuries ago into the English of today. See an interactive Google Map showing the locations of the translators (http://j.mp/p5aiO0).

Even the usual Bible translation schedule is not for the timid,” says Paul Franklyn, PhD, associate publisher for the Common English Bible. “Accomplishing it in less than four years requires extra stamina — and modern technology.”

Less than four years is phenomenal when compared with other recent modern English Bible translations that took 10-17 years to complete.

Already in its third printing after only one month in stores, the popular new Common English Bible (Twitter@CommonEngBible is known for being “built on common ground.”

When we say ‘built on common ground,’ we mean that the Common English Bible is the result of collaboration between opposites: scholars working with average readers; conservatives working with liberals; teens working with retirees; men working with women; many denominations and many ethnicities coming together around the common goal of creating a vibrant and clear translation for 21st century readers, with the ultimate objective of mutually accomplishing God’s overall work in the world,” says Franklyn.

Translation efficiency was possible by using an online project management database that permitted more than 200 collaborators (translators, editors, and field testers) to communicate immediately. The project was constructed in a workflow matrix with more than 400 overlapping parts.

Translators and editors of previous Bible translations typically met face-to-face twice a year to debate and vote on challenging passages,” says Franklyn. “By contrast, Common English Bible editors worked by consensus in real-time and deferred any difficult decision to the senior editor for a particular testament.”

The online project management database that was used was first constructed to handle the development of the New Interpreter’s Dictionary of the Bible, which contains 8400 articles from more than 1000 contributors in 40 countries.

The system is relatively easy to understand as an online document management application with archiving, version control, scheduling, reports, and workflow. If such a login system is not used, the project can quickly collapse into confusion by trying to manage by email,” says Franklyn.

Franklyn says BibleWorks is being used to also generate a Bible concordance. “A programmer is working with us to develop a new cross-reference system for the reference edition of the Common English Bible, as well as a ‘phrase concordance’ that’s required for a more functional translation,” says Franklyn. These tools will also become enhancements for future BibleWorks releases.

Another technical tool used by the Common English Bible editors is the Dale Chall readability software. According to Franklyn, Edgar Dale and Jeanne Chall are two reading scholars who developed the most accurate reading measurement formula based on a math computation as well as a comparison to vocabulary word lists that are sorted by grade level in standardized testing.

Previously the Dale Chall method for measuring readability would work on samples of no more than 400 words. We asked that the program be modified so it could process a readability score and vocabulary assessment for entire books of the Bible,” explains Franklyn. “Each document was measured on the first draft and last draft. Bear in mind that readability is a measurement of the clarity of the translator. It does not reflect on the intelligence of the reader.”

The Common English Bible is written in contemporary idiom at the same reading level as the newspaper USA TODAY — using language that’s comfortable and accessible for today’s English readers.

Also facilitating the rapid translation process was attention given to tagging.

Because our text was well tagged from the beginning in Microsoft Word documents (each text was tagged as soon as the first draft arrived), we were able to complete the XML tagging in the OSIS schema for of the whole Bible in about 4 weeks after we exported from Adobe InDesign typesetting,” says Franklyn.

Our use of technology was very practical. We used a software tool if it helped us get the job done efficiently. We did not try to chase impulsive or esoteric possibilities that computer tools sometimes inspire for translators,” says Franklyn. “It’s possible to tag a Bible text too extensively, with expectations that someday a scholar could do interesting computerized data mining. That sort of data mining would be fun someday, but not when the real job is to complete a Bible translation containing 930,000 words.”

Visit CommonEnglishBible.com to see comparison translations, learn about the translators, get free downloads, and more.