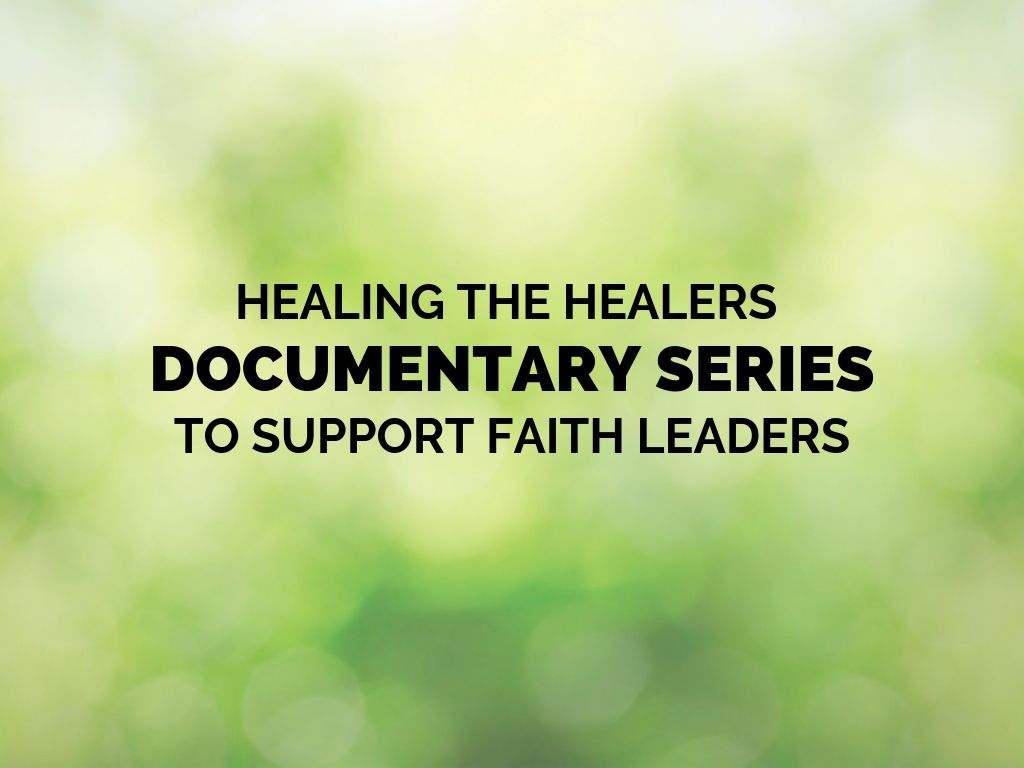 These conversations are guided by Rev. Matt Crebbin, the Senior Pastor of Newtown Congregational Church, in Newtown, CT. Crebbin, along with the other faith-leaders in Newtown, were called upon for healing, support, and guidance after one of the worst mass shootings in U.S. history occurred at Sandy Hook Elementary School, just two miles from his church.

These pastors immediately responded to the needs of their communities, all while experiencing the same mental, emotional, and spiritual trauma as their congregations. For the past two years, Crebbin has reflected on his experience and studied the long-term effects of trauma on faith leaders.

In this series, he begins by asking the question ‘who heals the healers?’, and focuses on issues including self-care, self-awareness, pastoral roles, impact on the families of faith leaders, living with continual community trauma, re-traumatization from other mass violence, questions of faith in light of evil, creating trauma-informed ministries.  Crebbin also shares his personal lessons learned after six years of what he calls ‘new wisdom.’

Early Praise for the Series Includes:

An invaluable resource in theological education. This film series delves into the lived experience of clergy on the ground, in a respectful, compelling, and informative way, which enables the future clergy to learn from those who have walked this path before.” – Rev. Dr. Storm Swain, United Lutheran Seminary.

This project is an exceptional resource for caregivers, faith communities, and theological education, and is long overdue. It provides deep insight into the pain incurred by pastors as they endeavor to care for the broken and wounded.  This documentary gives pastors permission to hurt, cry, and seek healing for themselves.”

Faith-Leaders Joining in the Conversation are:

In addition to the documentary series, ODYSSEY IMPACT has developed downloadable resources and discussion guides focused on encouraging dialogue and sparking change.

Currently, the episodes are only available to purchase – and based on use. The prices range from $75 for personal use to $395 for a full license for for-profit educational institutions. This price includes all of the curriculum as well.

ODYSSEY IMPACT™, a 501(c)(3) not-for-profit organization, believes that powerful documentaries with messages of social justice can motivate meaningful social change by raising awareness, changing attitudes and inspiring people of all faiths and good will to engage their communities on issues important in their lives and in society as a whole. The organization is dedicated to strategically building and executing social impact campaigns around documentaries, including those created by its affiliated production company TRANSFORM FILMS INC., via mobilizing faith leaders, individuals, and communities around issues such as poverty, mass incarceration, gun violence, intolerance, racial justice, hate crimes, and gender violence. More info at www.Odyssey-Impact.org.

TRANSFORM FILMS INC. is a wholly-owned subsidiary and affiliated production company of Odyssey Networks, a 501(c)(3) not-for-profit organization that believes powerful documentaries with messages of social justice can motivate meaningful social change by raising awareness, changing attitudes and inspiring people of all faiths and good will to engage their communities on issues important in their lives and in society as a whole. Transform Films, Inc. have produced films such as NEWTOWN; MILWAUKEE 53206; THE RAPE OF RECY TAYLOR, and LESSONS FROM A SCHOOL SHOOTING: NOTES FROM DUNBLANE that have garnered critical acclaim at film festivals and have aired on broadcast outlets such as PBS’ Independent Lens, America Reframed, STARZ Channel and Netflix. Recent accolades include the 2018 Peabody Award, the 2018 Tribeca Film Festival’s Best Documentary Short, the 2018 UNAFF Grand Jury Award for Best Short Documentary, and the 2017 Venice International Film Festival Human Rights Award. More info at www.TransformFilmsInc.com.

[This article was provided to CTT in the form of a press release.]

Not long ago, I read an article arguing that live