3 Ways to Leverage the #Hashtag for Your Ministry One of the funnest articles I’ve read on the now famous pound symbol was called “Ode to the #Hashtag: A tribute to the most ubiquitous symbol of our digital times.” It was written back in 2013 by Andrew Miller on Medium, but is every bit as relevant today as it was back then. Especially this line:

“People don’t know how to use you,
But dump you everywhere just in case,
Brands all rush to be your friend,
To justify their journeys into cyberspace.”

That is so true.

When you see #hashtagsthatstringtogetherentiresentences, well that’s a sure clue someone doesn’t how to use a hashtag. Another #sign (see what I did there?) that someone doesn’t know how to use a hashtag? They add an absurd amount of them at the end of their sentence, often loosely related to the post. #knowwhatImean? #Truth #RT #Absurd #GoTeamDerek!

If that’s you, here are three ways you can leverage the #hashtag in your ministry…

1. To Find cool and helpful stuff

A hashtag is a great way to organize a conversation. When enough people talk about the same thing, and use the same hashtag, Twitter picks up that conversation and it starts to “trend.”

Because Twitter is such a powerful content curating platform, it’s also a great place for you to get ideas and find resources.

This is great for your ministry if you know what to follow. For example, if you follow the hashtag #Chsocm (which stands for “Church Social Media”), you’ll be able to watch, learn and even chime in on “content and conversation about social media for church and faith” every Tuesday evening at 9pm Eastern.

Campaigns are fun ways to get your church involved in its social media activity.

A campaign is when you create your own hashtag for whatever purpose you’re aiming for. For example, a few years back one church ran an Instagram hashtag campaign involving the head of a popular Football player during the NFL Super Bowl (the details escape me at the moment).

The small town where the church was situated is obsessed with football. That sport consumes every part of their culture.

So rather than fight against the trend of Super Bowl Sunday, the church encouraged its members to host football parties across the town, take pictures of a cutout head of a key quarterback player and then post the picture to Twitter and Instagram in funny places (like floating on a balloon) with a hashtag the church made up for the event (I don’t remember what it was now).

This fun campaign allowed the church to show love to the community through their hospitality and it also connected them online in an engaging way.

And the funniest picture was given a reward.

But how could they determine which picture was the funnest? With all the pictures posted all over Twitter and Instagram, how could they compile them into one place?

You guessed it. By simply clicking on the hashtag they created for their campaign.

When they did that all of the tweets and grams came together into a single thread for each platform respectively. This way they could quickly and easily see all of the activity from their campaign in one place. Simply by controlling their online campaign with a #Hashtag.

So now you have three great ways to leverage hashtags in your ministry. There are more ways of course, and there are ways to misuse hashtags too (for example, I’d suggest you not use more than two or three hashtags per post, that they be relevant to your post and that they not be obscure unless you’ve created it for a campaign).

What other ways have you used hashtags in your ministry? Let me know in the comments section below. 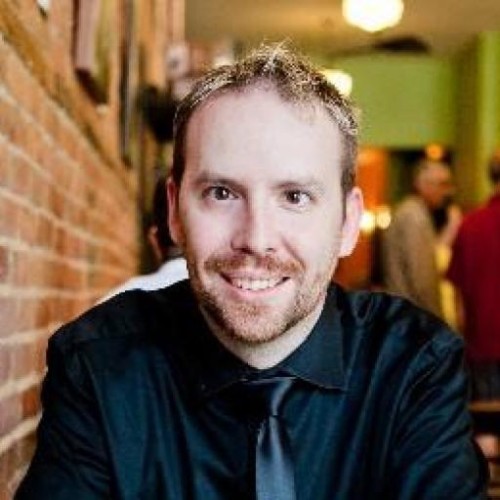 Derek Ouellettehttp://derekouellette.ca
Derek is Your Digital Ministry Coach. He’s a blogger, speaker and coach at http://derekouellette.ca where he helps churches, church leaders and other ministry partners use social media for God’s Kingdom. Derek has taken his nine years worth of experience as the social media marketer for a Christian bookstore, and over six years experience helping ministries use social media for God’s Kingdom, and put that knowledge into ebooks, resources and training courses for church leaders.

Leadership Network is hosting the Metaverse Summit on May 18, 2022. The online event is available with free registration. According to event organizer, Jeff...
Digital Ministry

There are still many educators for whom online education represents uncharted territory or a medium for which their skills are “good enough,” and not excellent. Here are a couple reasons to level up the online experience for students with a video-sharing platform.