Stephen Johnson took over as CEO of OliveTree Bible Software when founder Drew Haninger retired. I was able to interview him via email recently. I published a longer version of this in Christian Computing Magazine and the full text of the interview unedited and raw can be read at www.kevinpurcell.org.

KP: When did you become the CEO and how?

SJ: I became CEO on July 9th, 2012. We had a company meeting and announced the transition. At the meeting I spent some time talking about “What We do Matters.” We don’t just create Bible software to let people study the Bible. We create tools that God uses to change lives. Marriages are saved because of what we do. Fathers lead their families because of what we do. We don’t just sync notes and highlights. We sync sermon notes from a pastors desktop to his iPad so he can preach a sermon that God uses to save a marriage. We sync the Roman’s road verses to a phone so that a young lady can share the gospel with her coworker. When people interact and understand scripture their lives and the lives of those around them are changed! We don’t just help people study the Bible. We create, build, and support tools that God uses to change lives! What we do matters.

SJ: Definitely Mac. I am a big Apple fan. Before the “post-PC era” I used to tinker with computers and customize them. If Android had been around at that time I would have loved Android. I now want devices that just work. My Mac, iPhone, and iPad combo is awesome and it just works. So now I spend that time with my family and creating apps on the side. I still haven’t finished any of my 3 side project apps.

KP: What do you think of the current/future direction of the various platforms that OliveTree runs on?

SJ: I think Android has a lot more potential, especially in the tablet market. It is the leader in the smartphone market for total handsets sold and I think it will make a lot more headway in the tablet market. Tablets like the Nexus 7 are very nice and priced really well. I think we are going to continue to see 3rd party innovation in the Android space. This is very exciting and provides a lot of really great options for users. Fragmentation is an issue in the Android space, but it is also an advantage. Fragmentation is the result of innovation, creativity, and options.

iOS is a rock solid OS that just works for most people (it doesn’t always just work). One of the things I really like about iOS the high quality apps in the app store. It is easier to create high fidelity apps for iOS and to compete on iOS you have to create awesome looking apps. I think we are going to see continued massive growth in iOS devices. With the release of Mountain Lion, the Mac is even more integrated with your iOS device via iCloud. I think that iCloud will be a key technology for the future of iOS. In time everything you do will be seamlessly connected via iCloud and it will just work.

Macs are continuing to sell well and gain market share. I think we are going to see this continue with the release of Windows 8. I helped my grandfather get set up with both a Windows computer and a Mac. The mac was much easier for him. There were a number of little things that make a mac easier that I hadn’t noticed until I watched him use the computers.

Windows is the interesting one. I am very excited to see what will happen with Windows 8. Microsoft is making a bold move and radically changing the Windows experience. Their designs are opinionated and well thought out. This will create a lot of passionate Windows 8 fans (we have a few in the office). I think that a lot of average computer users who have grown used to the way windows work will be shocked when they buy a new computer and see Windows 8 on it. On the one hand Windows 8 is easier to learn than Windows 7.

However, so many people already know how to Windows XP, Vista, or 7 that learning is not an issue. They don’t want to learn something new, they just want to accomplish some task. So I really don’t know how well it will do. As a tablet UI it has some really nice interactions. I think it is very good that to run a Windows 8 UI app it has to be an approved app from the app store. This will help a lot with the security and virus issues that are so prevalent with Windows today.

Thanks to Stephen Johnson (@StephenLJohnson on Twitter) for answering our questions and for helping make OliveTree a maker of great Bible study software and apps. 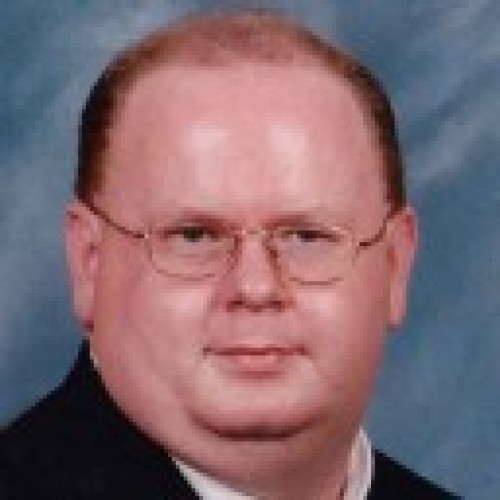