Have you noticed that fewer people are bringing their Bibles to church, but are using a smartphone Bible app instead? That’s not the only thing they’re reading in church.

As it turns out, up to 38% of churchgoing millennials will do an online search to verify what their pastor has said. And many of them are doing it while we’re preaching. Something tells me they’re not the only ones doing that.

Just when too many people were ready to write off the millennials as apathetic slackers, they prove themselves to be high-tech Bereans.

This week, the well-respected Barna Institute published the results of their latest poll on technology and churchgoing millennials in a post entitled “How Technology is Changing Millennial Faith.” Among other interesting and helpful facts was this paragraph:

The one-way communication from pulpit to pew is not how millennials experience faith. By nature of digital connectedness, millennial life is interactive. For many of them, faith is interactive as well—whether their churches are ready for it or not. It’s an ongoing conversation, and it’s all happening on their computers, tablets and smart phones. What’s more, many of them bring their devices with them to church. Now with the ability to fact-check at their fingertips, millennials aren’t taking the teaching of faith leaders for granted. In fact, 14% of millennials say they search to verify something a faith leader has said. A striking 38% of practicing Christian millennials say the same.

Millennials prefer two-way faith communication to one-way. This is good news. No, great news! Especially for Small Churches, since our size allows Small Church pastors to facilitate conversations with church members and seekers.

But that’s another subject for another day. Today, I want to ask you a question:

Are you ready for your preaching to be fact-checked in real time by the people sitting in front of you? You’d better be, because it’s not coming, it’s here.

Here are 4 ways you can be ready for this. And it might just make you a better communicator, too.

1. Google (and Cite) Your Sources

It’s OK to use other people’s research to help you preach better.

Small Church pastors, many of whom are bivocational, have an especially hard time squeezing in the hours for sermon preparation that they’d like to do. So, many pastors do a quick Google search for sermon ideas or outlines.

The next time you do that, remember that the people in your church can do it just as easily as you can – and some of them will do it as you’re preaching.

Does that mean we can’t use other people’s work? Of course not. No one is ever completely original in anything we say. But it does mean we should be honest enough (even if no one is Googling us) to cite our sources.

If a particular sermon uses a lot of material from one or two sources, don’t interrupt your message every two minutes with “as so-and-so says”. You’ll sound like a textbook and you’ll make people wonder why they came to hear you instead of looking up the original sermon from so-and-so in the comfort of their own home.

What I suggest in those cases is to either start the message with “a lot of what I’m using today is taken from the great work of so-and-so” or, better yet, write a short citation at the end of your handout notes, if you use them.

People don’t mind that we use other people’s research source material. They just want us to be honest about it. They’re right.

Some “facts” aren’t facts. Especially the ones “everyone says…”

For example, years ago I’d been told that the “body of death” mentioned in Romans 7:24 referred to an ancient Roman practice of strapping the murdered victim’s body to their murderer and setting them to wander in the desert as the death they caused ate them alive. A gruesome, but vivid picture of how sin our eats us alive without the grace of Jesus.

I had the story ready to go in a recent series through Romans, when I remembered my own rule and did a quick online search for a source of the story. At least I thought it would be a quick search.

As it turns out, the famous “fact” of Roman punishment for murder isn’t a fact at all. Instead, a story similar to it is found in Virgil’s Aeneid (BC 19) in which a fictional character, King Mezentius, was so evil he “tied corpses to living bodies, as a means of torture, placing hand on hand and face against face, so killing by a lingering death, in that wretched embrace, that ooze of disease and decomposition.”

So what did I do? I told the story. Then I told them it wasn’t true. I informed them about Virgil’s tale and allowed that it’s possible Paul knew of the story and was referencing it, like a pastor might reference a movie today. By doing that, I demonstrated that facts matter and I reinforced the trust they share with me.

The result? When congregation members commented on my message that day on Twitter and Facebook (that two-way faith conversation), several of them said they were grateful that their pastor had told them the truth.

In response to one church member’s re-telling of that story on Facebook, a friend of hers commented

A pastor telling the truth. Imagine that.” They need to do more than imagine it. They need to be able to rely on it. Keeping or earning people’s trust is worth the extra research time.

A Wikipedia search is the least we can do (and I do mean, the least!) to be sure our “facts” are facts. But don’t stop there. Stop when you’ve found the truth.

Over the years, I’ve learned never to trust a story that fits my world-view too perfectly. After all, if it seems to good to be true, it usually is.

There are so many stories floating around the internet that people wish were true.

They’re great stories. There’s just one problem with them. They’re not true!

Before you tell a story that you didn’t see in person, do yourself and your congregation a favor. Take two minutes (literally, two minutes is all it takes!) to check out the story on a site like Snopes.com or TruthorFiction.com.

People in your church will be checking your story, even as you’re telling it. You can save yourself a lot of embarrassment, and preserve your credibility, by checking it first.

And don’t even think of writing “it doesn’t matter if the story actually happened, the principles behind it are true” in the comments below. I have no tolerance for willful ignorance. You will be deleted.

Yes, it’s OK to tell stories that didn’t actually happen. Even Jesus told parables. But label them what they are – fiction. As I did with the “body of death” story above.

It’s easy to pull verses out of the air when I need them. Easy, but dangerous.

For example, can you cite the passages for the following popular verses?

You can’t? Do you know why? Because none of them are in the bible!

If you quote them while preaching, people can use apps like YouVersion (it’s on over 100 million phones & tablets!) to find that out before your sermon is over.

I had a Bible college professor who would never allow us to use a bible verse in a written or oral argument if we didn’t have its reference. His rule felt like a pain in the butt at the time, but it’s served me well over the years.

I make it a rule to never use a verse without telling people the verse reference or having it written in my personal notes. That rule has saved me from using verses that aren’t verses a few times (see above). On many other occasions it has been very helpful when people approach me after church and ask “where was that verse you mentioned? I’d like to study more on that.”

Being able to say “let me look that up in my notes” is way better than “I can’t remember where that’s found. I’ll get back to you,” only to have to send a humiliating email the next day apologizing that the bible verse I cited in a sermon wasn’t a Bible verse at all.

Trust is built on truth.

Truth matters. As pastors, we need to be very careful not to betray people’s trust by not telling them the truth. With the facts to back it up

So what do you think? What steps do you take to assure you always speak the truth? 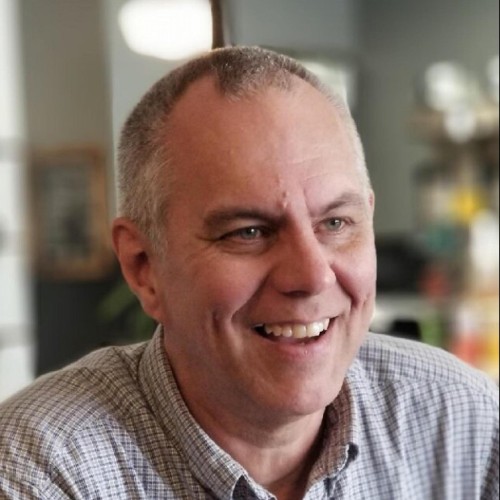 Karl Vatershttp://www.christianitytoday.com/karl-vaters/
Karl Vaters is a small church pastor, author of The Grasshopper Myth, and blogger for Christianity Today on the subject of small churches Pivot: A Blog by Karl Vaters where he encourages, connects, and equips innovative small church leaders.