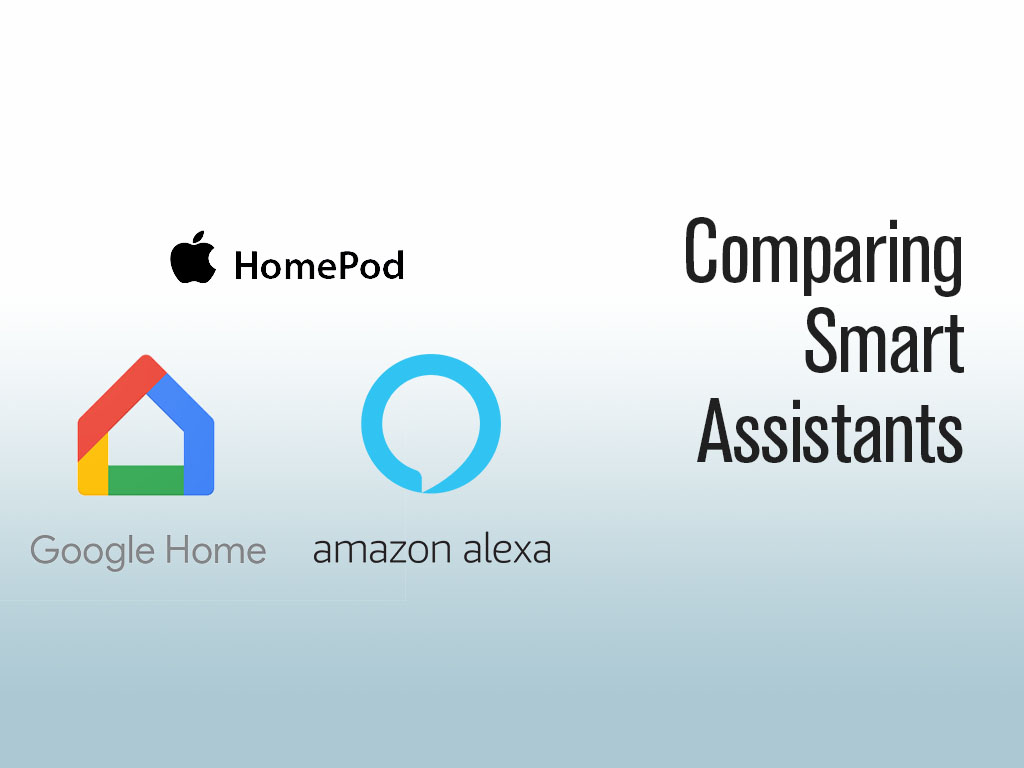 With the emergence of smart speakers like Siri, Alexa, and Google Assistant, how can these AI platforms assist pastors and church tech staff with productivity?

Smart assistants, devices, and speakers do have features that could help with church administrative planning and personal organization tasks like calendaring, as well as providing conferencing features for small meetings. Offices are getting connected using smart assistants and smart speakers, just as the number of connected smart homes continue to rise.

One key to understanding each of the leading smart assistants is to first know that they all operate on a basic algorithm that responds to voice commands. In theory, the more the smart assistant is used the better it gets at answering questions accurately. This could be helpful with regular tasks around the church office.

Here is a quick look at Amazon, Apple, and Google’s smart assistant and smart speaker features:

Amazon’s Echo smart speaker devices, featuring smart assistant Alexa, have dominated the market since 2015 and owned over 70% of the marketplace in 2017. Amazon is now moving from the personal and home use into the business sector. With smart assistant conferencing tools and integrated features, Alexa and Echo can now to connect and manage other office devices and apps for increased integration. Alexa’s superiority comes from its purchasing and ordering capabilities, as well as linking to other devices and apps.

Pastor Steen Furtick shared a passionate video about Alexa and “What An Amazon Echo Taught Me About God.”

Apple introduced Siri in 2011, becoming the first widely used smart assistant for iPhone users. Today, Siri is still the go-to iPhone assistant due to the number of languages she speaks and her coordination capabilities.

In January, Siri was added to the new Apple Homepod smart speaker device. Homepod boasts a more sophisticated range of speakers that include subwoofers, which are absent from Google Home and Echo, and sensory attunements that acclimate to the physical space the speaker is in. Homepod also has a generous A8 processor, also found in the iPhone 6 and 6 Plus, that runs Siri and includes the ability to transition live phone calls from Siri to Homepod. This processor gives it a definite boost in the quality and power department.

Google was the last of the major players to bring a smart assistant and smart device to the market, rolling out over 17 months after Amazon’s Echo. Despite being late to the game, Google Assistant (aka OK Google) is holding its own on Android devices due to its obvious lead in the search engine and answer game, as well as being able to interface with Gmail. Google Home offers a healthy range of integration with music sharing apps as well, but the search engine is the most used feature. A new enhanced speaker called Google Home Max was recently released and some are calling it the best smart speaker on the market. Time will tell.

Notable Mentions: Sonos One is also a major player the smart speaker race, and is currently integrating with Alexa, though it is also opening its platform to developers. Microsoft Cortana is determined to stay in the game too, though its future is uncertain.

Regardless of which smart assistant is being used, it is clear that smart speaker quality is a vital link to voice command accuracy and the future of smart assistants. The current accuracy rate of these AI assistants answering questions or performing tasks correctly is at about 85%. It will be interesting to see these percentages rise as the operating systems and speaker qualities rise amid the competing markets. Currently, about 20% of US adults have smart speakers.

This is a snapshot of how market leaders Google and Amazon matchup in the smart speaker market: 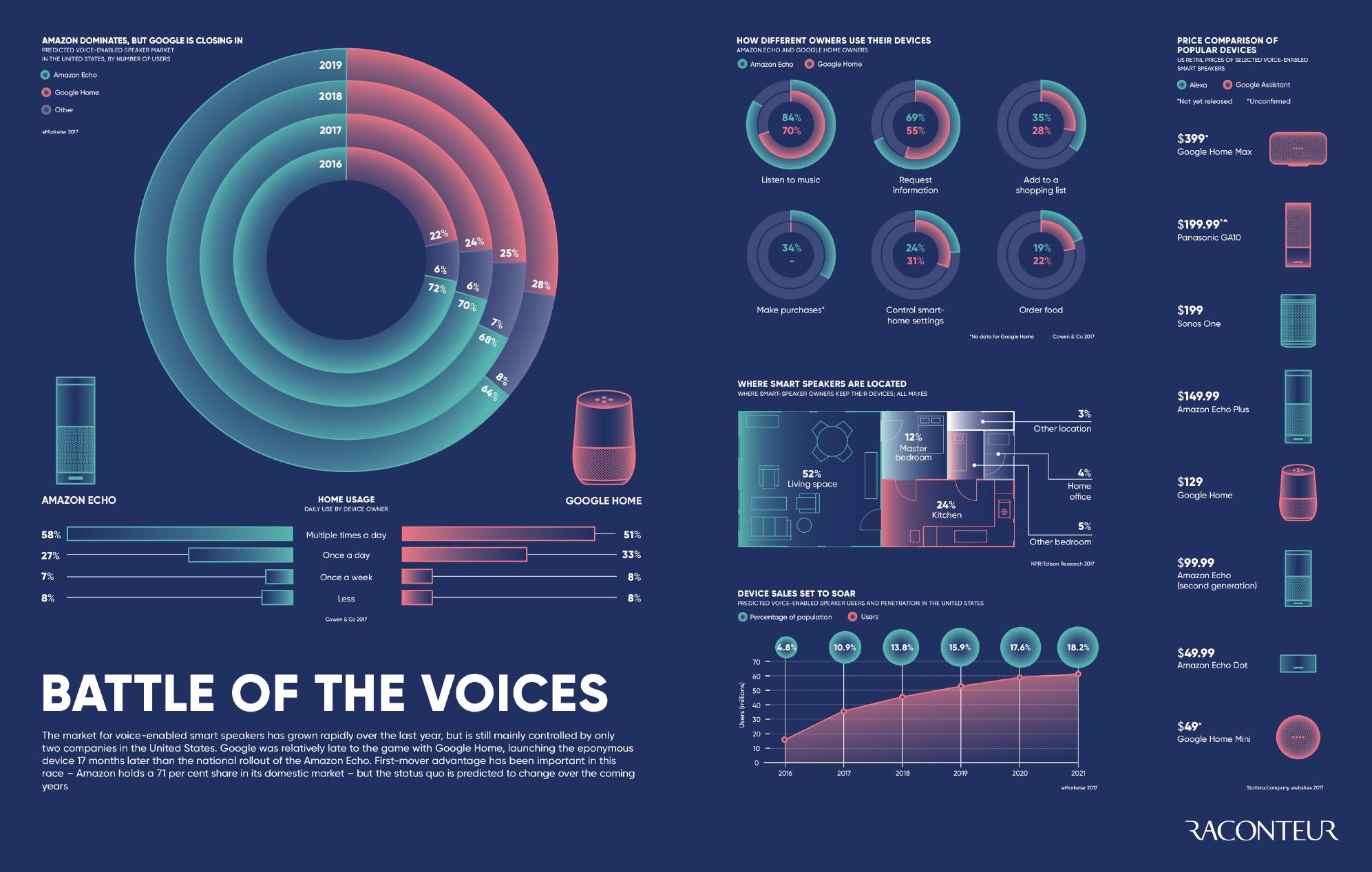 Who Is Jesus Christ?

In December 2017 and January 2018, smart assistant users began to discover interesting differences when asking Google Assistant, Alexa and Siri, “Who is Jesus Christ?” Google did not seem to know how to answer this question, yet Alexa and Siri did.

People began testing their smart assistants and devices to see for themselves. Here are a few interesting videos that show these tests:

On January 26, 2018, Google issued a statement explaining this occurrence, saying “This wasn’t out of disrespect but to ensure respect. Some Assistant replies come from the web. It might not reply in cases where web content is more vulnerable to vandalism and spam.”

Clearly smart technology and devices have a place in our lives and our digital world, even if it is a simple fascination with the ‘ask and you shall receive’ fantasy coming true. Going forward, church communicators, leaders, and pastors could consider if a smart assistant or device has a use in their church and possibly pick one to experiment with. Security, integration, accuracy, and speakers will be defining issues as the technology evolves and churches may want to pay attention.