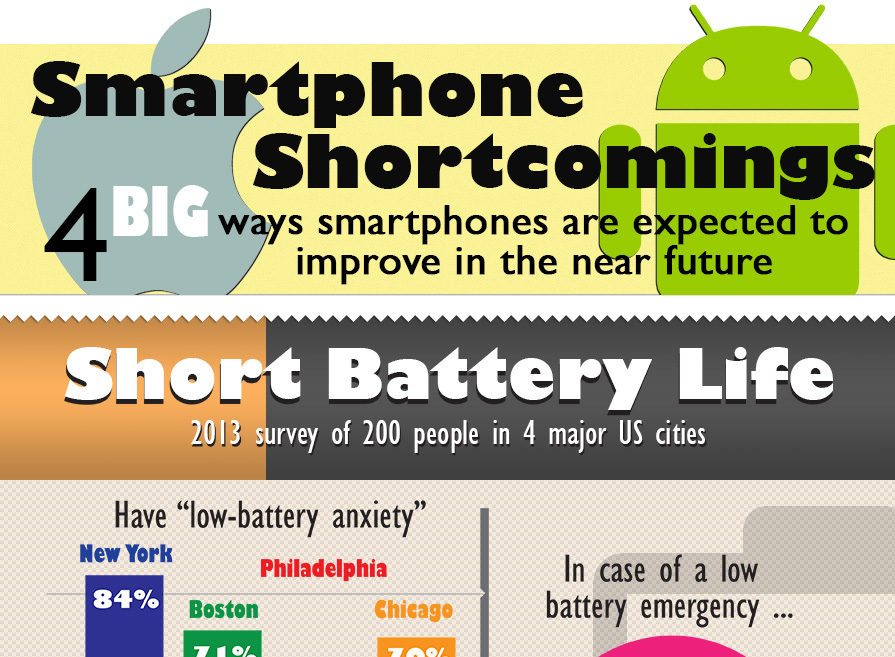 Likewise, there are a number of mobile and computing technologies still in their early stages, available to some people but not all that widespread. We look at four things most people cannot do yet with their smartphone, tablet or computer, but which might be widely available to consumers in the next few years.

Use your mobile device or laptop all day without recharging. Quite possibly the biggest but least sexy problem with phones, tablets and laptops is battery life. Your device might last many hours on standby or sleep modes, but use it for anything for a short period, and it’ll need a recharge in a couple of hours or less.

Cell phones are now so much a part of many people’s lives that people actually get anxiety or even angry if their battery level drops. Here are some cell phone battery life statistics collected across four major U.S. cities (Boston, NYC, Philadelphia, Chicago) in 2013 by Veloxity.

Caveat: This survey’s sample size was only 200 people and may not represent cell phone battery level statistics and anxiety levels for most Americans.

Technology that solves the battery life problem exists and is already being tested:

Access the Internet worldwide with or without cellular. An ubiquitous “mesh” network would create a seamless, wi-fi network around the world — at least on land masses — building upon existing “municipal wi-fi” in cities and towns, public wifi in airports, trains and other places, enhanced by cellular coverage where necessary. Internet-connected devices would seamlessly switch between cellular and mesh wi-fi access, without interrupting what you’re doing, allowing you to be always online. The components for a worldwide mesh network — especially municipal wi-fi — are already on every continent, but some places are more wireless than others, leaving coverage gaps.