There are now some 5,000 multisite churches around the U.S. — that’s more than 10,000 unique church locations. Many of these 10,000 campuses are linked to one another every Sunday morning by a single connection: video screens. These video campuses broadcast the sermon being preached at another campus.

Video venues are perhaps the clearest example of how technology is changing church. Advances in audio-visual technologies, as well as Internet and email capabilities have made video campuses feasible. At first, the large auditoriums in megachurches simply required video screens so people could see the pastor. After that, it was only a short step to video campuses.

As these video campuses have spread churches out, another shift is going on—one that is no longer spatial, but psychological. Pastors at single-site churches traditionally used altars, stages, pulpits, and titles like “senior pastor” to represent their authority as an ordained minister. Now with multisites, the video screen is the newest addition to that list.

This is not first time we’ve made this psychological shift though. There was a time before 1500 BC when nearly all communities were oral cultures. They had no writing, and instead people transmitted their culture to one another throughout each generation. This meant that the community was the hard drive for their culture. Everyone together stored the religious beliefs and rituals by remembering and sharing them: through stories and practices. And like a hard drive, these people lived together in one place geographically. The information was all in one place. The people in the community depended on each another for retaining their beliefs, rituals, and identity.

From flesh-and-blood communities to stone tablets, from human beings to objects. This transition also began fragmenting the community in a new and unexpected way. It divided the “programmers” from those who couldn’t read or write—the new “illiterate.” The illiterates began to rely on the writings and subsequently on the programmers to tell them what their beliefs and rituals were. The community hard drive no longer retained the stories and practices; they were outsourced to writing, but only a few had access. This shift required a psychological move as well—people began acknowledging that objects had authority. It was a given authority, but authority all the same.

Today, the same psychological move is happening for the thousands of multisite churches with video campuses. The pastor’s authority is transferred to a videotaped sermon. Churchgoers no longer need to be present; they can just listen online. Videotaping sermons is no different than transferring a community’s traditions into writing. For churchgoers, the shift in thinking is made: the recording of a preacher or a sermon carries the same authority as the person himself. From human to object.

What does this shift mean for the church? Who will be the new “programmers” and the new “illiterates”? With the church no longer in one place, the “hard-drive community” has a diminished basis of authority. The authority is moving to the cloud. Multisite churches are the new cloud-based communities.

These changes do not mean that the pastor has no authority. However, that authority is being more widely distributed now—split among the pastor, the community, the pulpit, and now the video screen. It seems that in a church’s quest for wider influence, it is making a bargain with technology. And for it, they have conceded a little more of their authority. The question now is: Who got the better end of the deal?

Adam Graber (@adamgraber) is a Bible editor at Tyndale House Publishers. He blogs at http://thesecondeclectic.blogspot.com/ where he explores how technology shapes humanity. 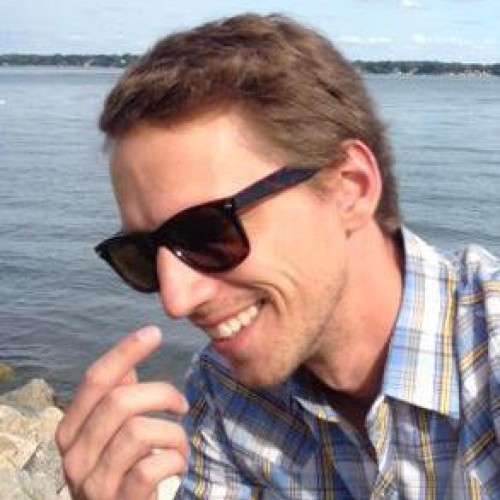 Adam Graber
Adam Graber works at Tyndale House Publishers. He blogs at The Second Eclectic where he explores how technology is shaping our faith.