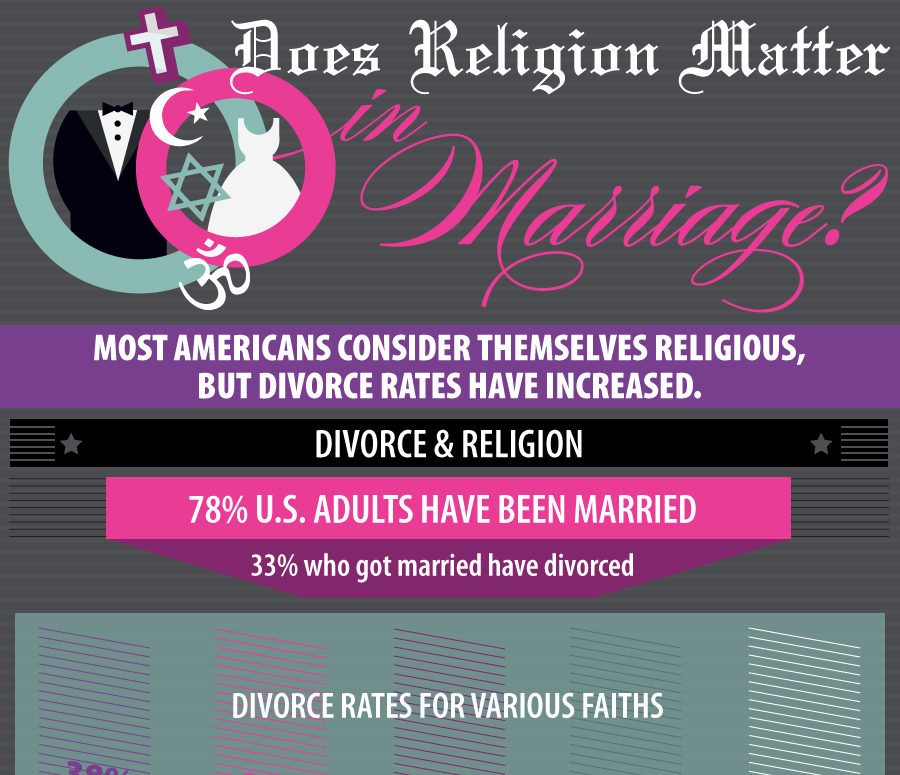 The U.S. is a significantly religious country in terms of how many people believe in God and give a religious affiliation – which should mean that marriage is an important part of life to most people, whether they marry once, many times or never. Unfortunately, some marriages do not last happily ever after, as witnessed by increased divorce rates in the past 40-plus years.

Divorce has been around since before the founding of the United States of America. However, divorce laws are dictated by each state, so some states have historically limited the conditions for divorce. It wasn’t until 1970 that the divorce process in the USA arguably got easier, when California started allowing no-fault divorces and other states eventually did the same.

While Americans as a wholly mostly consider themselves religious, divorce rates have increased regardless. Here are some stats on marriage, divorce, and religion.

Note: Because of federal laws, the US Census Bureau does not have mandatory questions on religious affiliations. As such, there is no 100% comprehensive report of religious affiliation for US citizens and residents and thus no complete study of the populace on the inter-significance of religion and marriage. However, there have been other surveys with varying sample sizes conducted specifically to determine religious affiliation and any connection to marriage and divorce. The stats listed below are from these various surveys.

Religion in the USA

Marriage in the USA

Divorce in the USA

According to an NFI (National Fatherhood Initiative) survey of divorced American couples, the most common reasons for their divorce include the following: