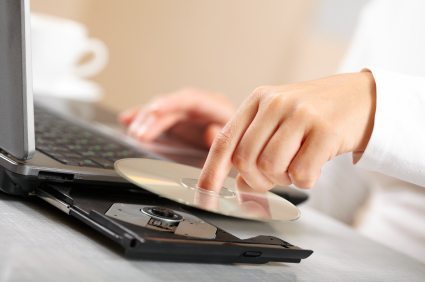 You might be ready to start using a worship software package that will allow you a greater deal of flexibility over PowerPoint.  There are a variety of software packages available, but the important question is how do you decide which one will best fit your church’s needs?

Easy Worship is one of the most commonly used software packages.  It provides both the King James and American Standard version.  This will allow you to chose scripture on the fly.  It features an easy to use interface, supports dual video outputs, and has a whole host of transitions to chose from.  It also allows for use of live video.

Another common software package used is Song Show Plus.  It has an even more extended feature-set.  This software also allows for dual monitors, video, and had a database of over 6,000 songs.  While simple, it offers more video control over Easy Worship.  Both packages allow you to overlay text over graphics and video.  This is an especially cool feature if you are looking to put either the words of a sermon or the words of a song over a special background, photos, or a video.  I have seen special videos used under lyrics during Easter and Christmas celebrations, and they can certainly enhance the service.

A third commonly used package is Presentation Manager.  While I have heard of this software being used less than the first two, this particular package is especially well-suited to smaller churches.  If you are a church on a tight budget, simply looking for a PowerPoint replacement, without many of the bells and whistles, this could be a good choice.  It provides a flexible format, with an easy-to-use interface.   Many of these church presentation software packages are available to try on a free trial basis.  I would suggest trying several of them before purchasing, just to make sure it is exactly what you are looking for.

Media Shout is also a great option and used by many churches. ChurchTechToday has also reviewed some great options here. If you’ve used one of these software packages at your church and can post a comment about your experiences to help others in a similar search here, we’d love to hear from you.

What We Can Learn From Amazon About Reducing Friction

We’ve all experienced a lengthy and cumbersome online payment process. The ones that leave you feeling disgruntled at completion and like you’d rather order elsewhere in the future. Amazon.com has one of the easiest online payment methods, making it a seamless process to ‘hand over’ your money. Churches should, therefore, be questioning how they can learn from Amazon’s online payment methods.
Software

Ever considered using Alexa Flash Briefings to distribute your church’s content? It’s not as hard as it sounds, and we can recommend a platform that can help. Learn more about working smarter with the right tech in a recent article by guest writer, Steve Tanner, called: Use Alexa Flash Briefings To Reach Your Church Members.

What We Can Learn From Amazon About Reducing Friction

Worship, in all forms, requires focusing on God an

Bible software can be a great resource for Bible s

When it comes to church live streaming, data can t

Ever considered using Alexa Flash Briefings to dis <img alt="Ever considered using Alexa Flash Briefings to distribute your church’s content? It’s not as hard as it sounds, and we can recommend a platform that can help.  Learn more about working smarter with the right tech in a recent article by guest writer, Steve Tanner, called: Use Alexa Flash Briefings To Reach Your Church Members. Visit our blog via the link in our profile -> @churchtechtoday #churchlivestream #livestreamchurchservice #churchday #alexa #alexaflashbriefings #prochurchmedia #rethinkchurch #christianchurch #churchm