The Kendrick Brothers’ latest movie, Overcomer, a Christian film, came out strong its first weekend. It continues to surpass expectations at the box office, bringing in $8.2 million from just 1,723 screens across the country.

Rich Peluso, Executive Vice President of AFFIRM Films, has said that in recent years, the Kendrick Brothers are:

The Kendrick Brothers’ movies (War Room, Courageous…)  deal with significant, timely subjects with inter-racial characters and actors. Overcomer is an honest, captivating movie that grapples with challenging issues of identity, reconciliation, and marginalization.

Overcomer is about a high school coach, John Harrison, and his basketball team. They face an uncertain future when their town’s largest manufacturing plant shuts down, causing hundreds of people to move away.

John begins to coach cross-country, a sport he doesn’t like. He faces an additional challenge when he begins to mentor and coach Hannah Scott, an unlikely and disabled runner who pushes herself to her limits. Inspired by the words and encouragement of an unlikely new friend, John trains Hannah for the most significant and life-changing race she will face.

Dr. Diane Howard shares an exclusive interview with Shari Rigby. Shari is an actress, director, writer, and inspirational speaker. She is outspoken and passionate about her faith and family. She has received seven awards, including an IFFF Spirit Award and Best Justice Film. Shari is also named one of the “Top 15 Impressive Box Office Performances of 2012” by CNN for October Baby. Further, Shari has founded “The Women in My World,” a women’s group focusing on identity, purpose, ministry, serving others and living life in Hollywood. Shari Rigby is an actress who is bold about faith in Christ in Hollywood.

Shari plays the role of Amy in this movie, who is Coach John Harrison’s wife and biggest fan. She also works at his school as a teacher, and is a kind and supportive help to those in need, including Hannah on whom the movie focuses. Though changes with John’s job have taken a toll on their marriage, Amy refuses to allow their circumstances to pull them apart. She supports John with faith, love, and encouragement, and reminds him that his self-worth is not wrapped up in titles, but in Christ.

Alex Kendrick, who plays Coach Harrison, says of his character and Shari’s,

John is grappling with losing many of the things that were important to him in his work and he begins to tank emotionally. Amy tries to step in and help him, and at first he rejects her… She then does something that’s remarkable. Amy has the opportunity to say, ‘Hey, put your big boy pants on and do some growing up here.’ But instead, she plays the love card. She steps in and says, ‘You know what, I’m sticking by you because I love you,’ and it causes him to drop his guard. It’s a beautiful picture of how a spouse can help another spouse.”

Amy is very strong, and yet at the same time, she has this very intimate personality, where she can really sit and listen and feel the depths of somebody else and what they’re going through.”

Shari Rigby’s testimony, her heart for the Lord, her prayer life really set her up to understand this role. She plays this strong, wise wife for John. She speaks truth into his life. It is her prayerful support and encouragement that really helps guide him and Hannah through this journey that they’re on.”

DH: How is this movie timely for today’s world?

SR: It is especially timely with the issue of identity. Three characters struggle with identity but overcome to find their true identities.

DH: What does overcome mean in the movie?

SR: Three of the characters overcome to find their true identities, as they struggle to overcome their pasts, presents, and futures.

DH: How does the movie display unity?

SR: This movie deals with unity in different strategic places: school; family; marital partnerships; racial relationships, and more. It deals with people as individuals, not for their color, positions, titles, but with who they really are. There is mutual inspiration among them.

DH: How will this movie relate to mothers?

SR: It deals with mothers’ influence on children, their own and others. It addresses mentoring the next generation, in and out of our homes.

DH: How the movie deal with men and fathers?

SR: It shows how men, even Christian men, tend to find their identity in jobs, roles, titles before finding their true identities in our Lord.

DH: How will this movie relate to young people?

SR: It will be encouraging in many ways to young people and to us all, especially in the areas of identity and belonging. It also shows the main character, Hannah, putting in an effort to discover her true identity and to whom she belongs.

DH: What are the other important themes in the movie?

SR: Other important themes in the movie relate to fatherhood and marriage. Fathers, of their own children and of those of other fathers, have their own human fathers but also a Father in Heaven. The movie shows fathers in these different relationships. The film also shows marriage as a partnership and how when marital partners don’t agree how to tackle a challenge.

DH: How does the movie show the value of mentorship and discipleship?

SR: Mentorship and discipleship go hand in hand. The movie shows how it can be hard to find the time for these, but it also shows how important it is to be involved in these and reminds us of our influence and need to captivate, cultivate the next generation.

DH: How is the movie honest and authentic?

SR: The Kendrick brothers do a good job with honesty and authenticity in their movies. Their characters are real and flawed. Through their movies, we see that God uses flawed people and that our Savior is the Great Physician who redeems us with our flaws, loving us no matter what.

DH: How does the movie depict authentic Christian life?

This inspirational sports drama is created by the Kendrick Brothers (War Room) along with AFFIRM Films, a Sony Pictures Entertainment Inc. (SPE) company, and Provident Films. Director Alex Kendrick returns in a leading role, along with Shari Rigby (October Baby, The Least of These: The Graham Staines Story), and Priscilla Shirer (War Room, I Can Only Imagine). Overcomer was filmed in Columbus, GA.

We are glad to have filmed this new feature in the charming and beautiful city of Columbus, Georgia. We felt so welcome and truly appreciate the many businesses, schools and loving pastors and churches who came alongside us to support our efforts.”

Kendrick Brothers Productions is the company of brothers Alex, Stephen and Shannon Kendrick. It exists to honor God and share the truth and love of Jesus Christ through movies, books, curriculum, and speaking. By blending engaging stories with doctrinal integrity, the Kendricks seek to encourage and inspire audiences with resources that positively impact their lives and strengthen their faith, families, and personal relationships.

If you are looking for more Christian movie night options, check out “8 Redemptive Films to Strengthen Your Marriage” and “Top 10 Redemptive Christian Films.” 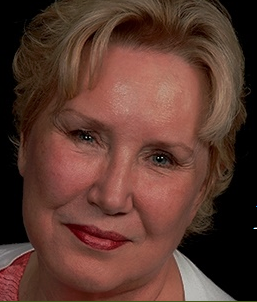