5 Options to Increase the Offering The subject of church offerings is a particularly sensitive one. A church cannot operate at no cost, and the costs of the church are compensated by the charitable donations of the congregation. However, it’s not particularly easy or dignifying to ask for money or to remind the congregation that they are called by God to support the church. Preaching sermons on tithing may be uncomfortable, not to say controversial. Refreshingly, there are ways to inspire your congregation and increase the offering without guilting them. You don't have to cajole them, or otherwise sacrifice the dignity of the pastoral office.

Consider the following ideas as legitimate and redeeming methods of building your church up financially:

“So we, though many, are one body in Christ, and individually members one of another.” Romans 12:5

Rather than preaching Malachi 3, try teaching 1 Corinthians 12. An offering to the church is not a parting of ways with one’s money: it is an investment. People are much more hesitant to invest in someone else than they are in their own interests. Once you make the interests of the Church identical to the interests of the believer, you have removed a major obstacle between the congregant and their donation.

#2 – Give your Congregation Something in Which to Invest

When a person knows that their money aligns with their calling in Christ, they are going to be much more interested in that investment.

Don’t hide the results of the congregation’s giving: showcase them.

One way in which these programs may be showcased is through the church’s website and digital feeds. Consider maintaining an online catalog of the programs the church offers. Show what has been accomplished in these programs based on the money the church has been able to put to them. You can also send Twitter and Facebook updates of program success. Consider posting pictures, whenever possible, of these programs in action.

The efforts of the church should always be selfless and charitable. The charity of the organization is done on behalf of its members. It is not bragging to let the members know what they have accomplished with their charitable giving. Rather, it gives the members some sense of purpose or meaning whenever they drop a check in the box.

There are many reasons why passing the offering plate has been a successful practice in many churches. Among these reasons is the fact that it is a consistent reminder to give. There is also the added pressure of everyone seeing if you pass or give.

One of the less obvious reasons is that it is a human instinct to fill the plate. Consider tip jars that one sees at service locations or donation boxes on the counters of convenience stores. A common feature of these receptacles is the transparency of the container.

A 2008 paper published in the Journal of Economic Behavior & Organization concluded that a clear donation container had positive effects on charitable giving and lead to increasing the offering.

When a person can see the contents of a container, they have a natural, innate instinct to fill it. People want to see a full container and have the desire to contribute to filling it. They enjoy seeing the money they give fall in and start to top off the container.

One may easily construct a transparent offering box by purchasing a “shadow box” from a local craft store. Shadow boxes are inexpensive boxes with a clear front meant for display purposes. Cut a slit at the top of the box large enough to slip in cash or checks, and you have a functional offering box.

A single, transparent offering box is not a bad idea, however, another idea would be to have several of these boxes. Each of these could have a designated ministry to which the person is donating. One box may have a label that designates that this money will go to the Children’s Ministry. There would be another for Missions, another for Community Outreach, etc. This will allow people to select the ministry to which they are interested in donating and see the money pile up. They will also show to the congregation which ministries are receiving donations, and which require additional funds.

Seeing donation boxes that require filling, and seeing which ministries need more contribution serves as a visible reminder of the church's needs. It also allows for the anonymity of personal giving, along with the visibility which makes offering plates effective, and tends to increase the offering amount.

If your church is like most churches, there is a picture of Jesus hanging somewhere in the building. Perhaps it is Jesus as a shepherd, or Jesus ministering to children or the passion of Christ.

Consider relocating this picture over the offering box. Or hanging a plaque with a verse like Proverbs 15:3 – “The eyes of the Lord are in every place, keeping watch on the evil and the good.”

Why? Consider a 2012 study from the American Psychological Association. This study, and others like it, show that when a person sees reminders that God is watching them, they are more likely to behave morally and selflessly. A reminder that God is watching will make people feel more benevolent and generous, which very well may increase the offering.

In a world where people are making money, managing money and making payments through online banking, it is often far quicker and easier for a person to take out their phone, tablet or laptop and send a quick PayPal or Venmo donation instead of digging for cash or writing a check.

Consider adding an online giving service provider such as easyTithe, Tithe.ly, Kindrid, or Pushpay. All have valuable tools that can assist churches in maximizing their giving.

One need never feel guilty about providing opportunities to a church member to give money to the congregation. So long as the money they invest in the church is being used for the uplifting of God’s children, the advancement of the Gospel and reaching out to people in love, that money is not given selfishly or in vain. It is necessary for churches to identify ways to increase offering opportunities.

It is your responsibility as a church to manage the money of the congregation wisely. You should instruct God’s children that the church is His body and that these donations are effective investments in the body to which they belong. When the congregation realizes that the money they give is a way to advance Godly causes and that the opportunities to give are easy and convenient – all obstacles and excuses against giving are entirely removed.

If the money your church receives is invested in His Kingdom in a transparent way, do not fear for lack of resources to do so.

All Scripture verses are cited from the English Standard Version

To Learn More about Digital Giving, Check Out These Resources:

Why Recurring Giving is a Game-Changer for Churches 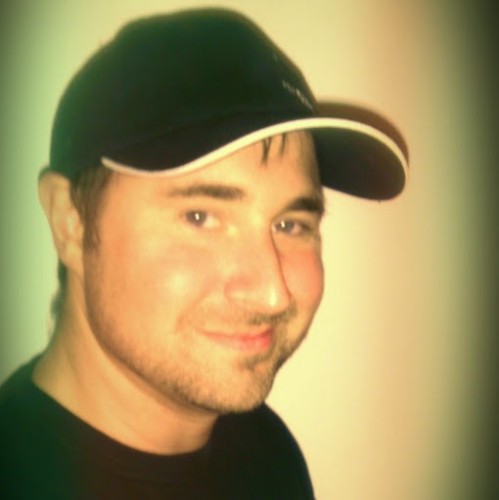