For the Faithful: Christian Universities in the U.S. [Infographic] 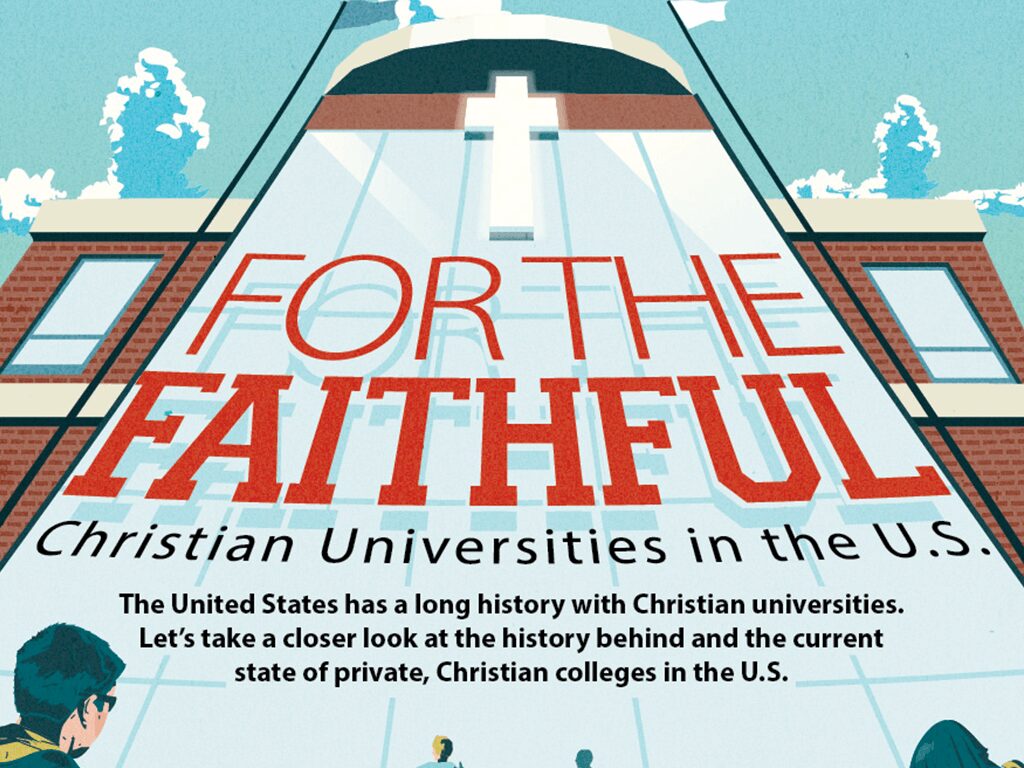 The United States has a long history with Christian universities. Let’s take a closer look at the history behind and the current state of private, Christian colleges in the U.S.

Though today these institutions reflect a more religiously diverse and in most cases secular worldview, many well-known colleges began as Christian universities.

Harvard is the first university established in the United States. One of the founding rules is, “Let every student be plainly instructed and earnestly pressed to consider well, the main end of his life and studies is, to know God and Jesus Christ which is eternal life, (John 17:3), and therefore to lay Christ in the bottom, as the only foundation of all sound knowledge and learning.”

The New Haven Code declares that all schoolchildren must be able to read the Scriptures, making the Bible the first textbook in the U.S.

The College of William & Mary is founded in Virginia by the Rev. James Blair.

Yale University is founded by Congregational ministers in the name of the Protestant religion.

Princeton is founded by Presbyterians. The Rev. Jonathan Dickinson, the university’s first president, is quoting as saying, “cursed be all that learning that is contrary to the cross of Christ.”

Brown is founded as a Baptist institution.

The number of private institutions has stayed fairly steady since the early 1990s, yet student enrollment continues to rise.

1. College of the Ozarks, Missouri

Why: Though only 13% of applicants are accepted, the lucky few will experience tuition-free courses.

Why: With many local, national and global opportunities for students, Gordon provides a well-rounded education built on practicality.

Why: Goshen teaches the principles of peace and productivity, offering students a top-tier academic program and a very active social scene.

Why: Pepperdine sports one of the most beautiful campuses in the nation, along with five different schools that offer students many degree options.

Why: BU, voted one of the nation’s best colleges, maintains its reputation for rigorous academics and competitive athletics.