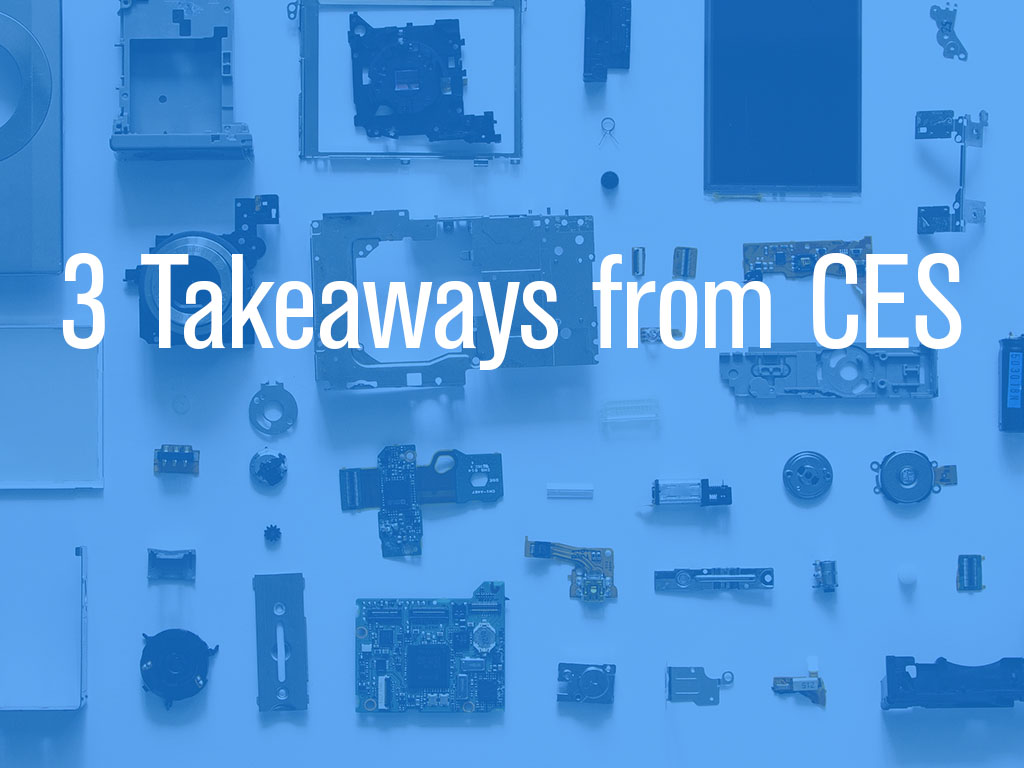 A little after the New Year celebrations ended, I attended the Consumer Electronic Show (CES). This was my third time attending this annual trade show and exhibition, this time as an exhibitor with the Dutch company IamProgrez. Even though I was acting in a different role, I still came away with refreshing insights into the future several areas of consumer electronics. While there were no churches represented in any of the products or services I saw at the show, I did come away with some takeaways for those in the church tech space who deal with church and community technologies.

Note: for additional context, most of the links in this piece point to images I took of the respective products. View the entire gallery of images on Flickr. 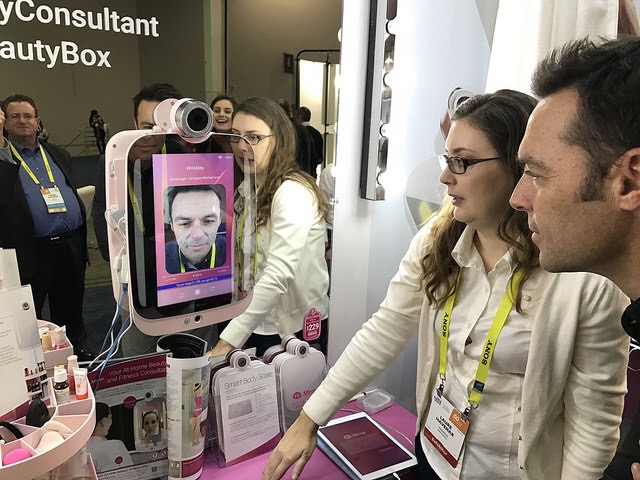 What should be very clear is that being connected is the default state of people who come into your community (the rise of mobiles, community WiFi, etc.). What's clear from CES is that your facilities will also become just as – if not more – connected.

I spent most of my time in the “smaller” of the venues (the Sands) where there was an entire section devoted to the concept of Internet of Things (IoT) and the connected home. Bolstered by groups like the Open Connectivity Foundation, there was everything from light switches, doors, and refrigerators to vacuum cleaners and mowers which learned their terrain and navigated with very little input from the owner. There were plenty of robots being shown as assistants; and whole home environments connected so they can shift based on whose present.

Probably my favorite, and nearly most applicable to church technology, was the company Beam who had a light that had a built in projector. Using a flood-light design, there was the conventional light, but also a projector. The projector would be connected to a mobile device, and one would be able to interact with the projected image on a flare surface. Maybe not for a large room, but totally applicable for small groups and smaller rooms.

Takeaway: pay attention to what connected devices can do to extend the meeting or collaboration space. Judge devices/services for your community not just based on how they connect to the internet, but the kind of friction they reduce to those interacting or administrating those spaces. 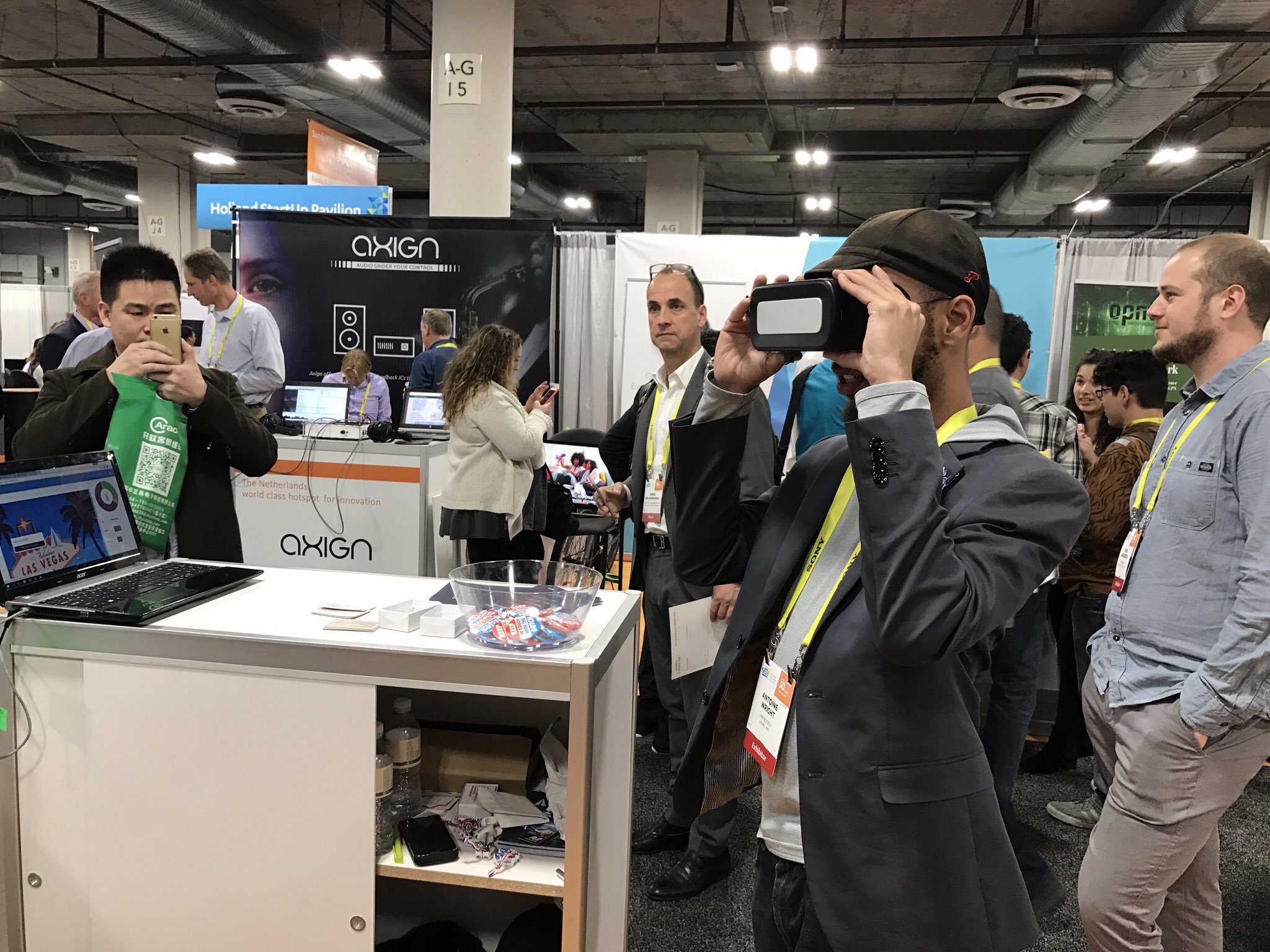 A good deal of the commentary coming from CES talked about how Amazon's Alexa made its way into several devices – including automobiles – and this signaled something of an acceptance phase into using voice-led interfaces for some computing tasks. This went hand-in-hand with the presence of virtual reality (VR) being used as both a product and integrated into product demos.

On the voice-interface (VUI) side of things, I saw mainly what was put into home and wearable devices. My role didn't allow me as much time to get to the larger venues to see it in automotive contexts. Still, the trendline was clear that to speak to a machine and have it perform was a control mechanism worth using.

For those who might have had sour experiences with Siri, or who might not have downloaded a skill with their Amazon Echo/Dot/Tap devices, you might feel as if this is not a trend at all. But those are issues being addressed with better mics and processors, and the use of types of artificial intelligence algorithms to clean up sound quality and improve response rates.

VR has been heralded as the next big thing, and to some extent the attention it received at CES seems to have fulfilled that prophecy some. From a literal boatload of folks doing VR headsets, to the folks adding controllers to hands and feet so that the VR experience is even more immersive, there's an investment happening here. Outside of a Chinese company that found me at the booth and allowed me a demo, I wasn't as impressed with VR as a product. What I was more impressed with were the groups using VR to explain their products. A few folks in the home technology space, and Under Armor in the wearables space did this quite well.

Takeaway: new mechanisms to control devices and manipulate our perception of space will continue to push forward; the goal will not be so much in using them as they come, but figuring out the better ways to present our faith or communities through more than just visual methods.

Side note: the groups I saw using VR headsets at Urbana 2015 captured this takeaway quite well 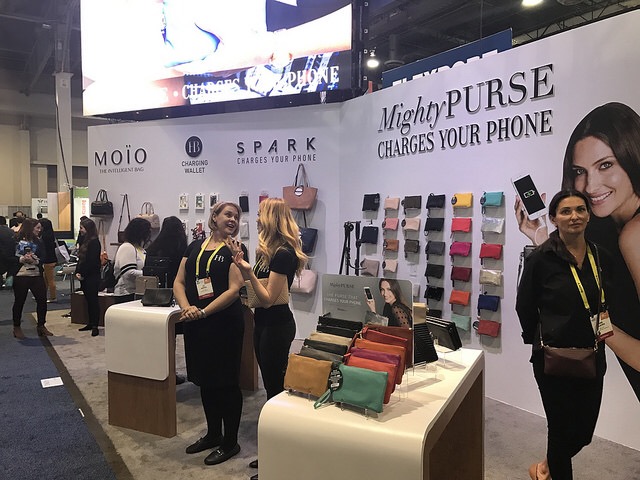 3. Present As Maker, Not Just User

Even though CES is a trade show, there's a decent swath of people who attend: From media members of the smallest blogs, to international press, to buyers, researchers, academics, and politicians, it's really a neat space in which to get a slice of the global community and their contributions to consumer technologies. That said, there were a few aspects of missing-presence which stuck out glaringly: believers as makers and minorities in lead roles.

I made a statement during CES on Twitter that almost summarizes this nicely:

Thinking about it, after seeing the watch powered by body heat, wish @RenewOutreach were at #CES2017 showing their #mobmin wares

I have always been of the opinion that besides being in our communities for mutual encouragement, that we should be outside of those communities creating products or putting forth services which influence a better path for the world around us. A single conversation with a believer at CES isn't enough of a presence for our communities.

Because I know personally that there are groups creating consumer-level products in the information security and entertainment sector, it would have been great to see them there. Nothing large (booths aren't cheap), but alongside the office/admin tools, toys/learning spaces, or health/wellness spaces would have been good to see (or feel). The number of folks showing their products from Kickstarter or Indiegogo campaigns points to a decent route to employ.

The other aspect of presence I didn't see as much of – again, I was both an exhibitor and largely in the smaller of the venues for CES for my time there – was that of seeing women and minorities in lead roles. It was probably most stark at a networking event where the female CEO of IamProgrez and I talked about diversity and what that means for pushing industry narratives forward. I'm used to such contexts, but even in the space that CES holds, there were just some moments where the energy to connect was sapped due to an inability to see/connect with like folks (excellent piece diversity and empathy in tech here).

Takeaway: even as we make the efforts to improve diversity in our communities, it's just as important that we are present in spaces where faith or populations are limited in view. The Body's work being noticed working is a distinct witness of the faith's effectiveness in reconciling communities.

Before writing this, I was sitting in a men's Bible study observing our context. Two of us were on our large tablets (iPad Pro and Surface Pro 4), three were primarily on Kindles, and the rest were a mix of mobiles with print Bibles – all of us in a church with community-enabled WiFi access. Our community has a web-based member portal for giving and member management. We do online and SMS giving, and have various social media accounts for broadcast and narrowcast messaging. For our community, we meet folks at the space where whatever tech tools they use. Our goal is to make it simple for them to engage the community.

It's easy to take those contexts and make the assumption that there's not a lot of work to be done with faith communities and tech. But, there will always be a mosaic of technologies used to further ourselves and our communities forward. What our communities enable might look both similar and different to what we employ individually. My trip to CES doesn't change that outlook, but it should impress the church community to be just as forward-looking to tech as we are our eternal upgrades.

If you attended CES, or have thoughts towards these items, let's hear them below.

I've posted a more detailed recap of technologies and trends seen at CES over at Medium and a gallery of the photos I've taken can be viewed at Flickr. 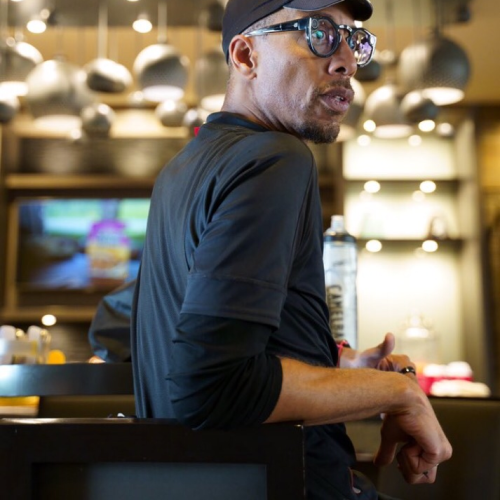