4 Areas of Focus to Visualize Church Tech’s Next Decade

We are less than five years from the next decade and everything that could be posed for technology’s influence on the 2020s is fair game to be pitched. From driver-less automobiles, to Artificial Intelligence (AI) as school teachers, we tend to dream a lot bigger than what actually happens – while also underestimating what impacts smaller ripples might incur.

This is as true for churches as it is for business and technological advancements.

I thought it good to take a look at four areas of tech currently in the news and relate them to how the church community might engage or respond to them: messaging, Virtual Reality/Artificial Reality, wearables, and AI. Some of what I consider cutting edge might actually happen. Other thoughts might just be ramblings that come from thinking too early about these and other topics. Nevertheless, when we engage the potential for the church to transform culture, it’s never too early to consider what might be with the tools coming up in front of us now.

1-Messaging Instead of Broadcasting

What has been most clear the past few years now that Facebook, Twitter, and others have seemingly run close to saturation points, is that people still want and appreciate direct contact from their own (self-curated) social networks. This appeal has given rise to the use of messaging-centric software, and the addition of messaging features into other portal-like software. Some might also think of conversational interfaces as part of this movement. It’s similar, but mainly from the concept that the messaging interface can be mediated by both person and bot.

For church technology that has by next decade matured into a suitable community and payment portal, the step will be to get outside of the centralized approach to one that’s more driven by the networks community members create themselves. Non-English speaking groups will see this arise as the preferred method of connection faster than the other. And the best successes by churches with messaging will come when they start applying similar presence approaches that we see now with brands on WeChat and Facebook Messenger.

This past winter when attending the Urbana Conference, it was pleasing to see many missions agencies experimenting with Virtual Reality (VR) headsets (usually the Samsung Gear VR, but there were a few others) in order to bring the experience of being in a missionary context to the conference floor. This kind of experience us intimately approach will become a part of the media outreach and in-reach activities of many churches. The cost of creating these experiences will drop significantly, however the bigger gains will come when authoring tools are made to be used in VR and Artificial Reality (AR) environments. It will be with this solid footing that creatives will be able to augment the broadcast message with an experiential moment.

Many areas about the next decade in tech can be spoken about easily. I think wearables are not such an easy pointer. Yes, it’s already normal to see churches co-laboring with community members who use wearables for personal goals. What is yet to be seen outside of niche fitness groups is the use of wearables to point towards other healthful practices. Nevertheless, as devices and services move beyond steps and calorie counts to quality of movement, meditation, and actionable behavior changes.

I do think that towards the end of the decade we will see implanted wearables rechallenge the historical discussion on idols and sacramentals. What’s not clear is if there will be some clarity towards how other cultural challenges to community life will allow for those discussions to be held profitably, or if wearables will point to such an intimate paring to daily life that certain platforms will begin to take on characteristics of faith-as-lived-in-communities.

As enterprises are using more Artificial Intelligence (AI) like features in their products, the push for faith tech to do the same will grow. At some point, bots and recommendation engines may conflict with approaches commonly landing in the hands of faith leaders. Can AI augment what faith intelligently leads us into, or will it begin to divert from it? I believe that conversation will grow over the next decade.

What is clear about the AI space is that the technical knowledge within many church-admin and church-community platforms will be knit by the vendor more than by the community leaders. That ability for software to pull together disparate contexts and then allow (or disallow) participants to remix them into their lives will be challenging to faith communities with older traditions. I do wonder if some forms of faith intelligence will arise – not necessarily analog – but just as much as some AI techniques pull from every available content source to drive insights, will there be a constrained Faith Intelligence (FI) engine, able to parse through spiritual contexts and then offer insights or different routes to transformation than what is currently explored.

What I found most impressive about looking ahead for technology in the church wasn’t so much trying to fit what is upcoming now into a common-use frame, but to bend the perceived speed of the church to not just accept culture’s change, but ask different questions. There is much left to uncover as faith and technology evolves. Some worth discussing even more as the next decade approaches.

What do you think might be some opportunities or challenges churches face in the next decade of tech? 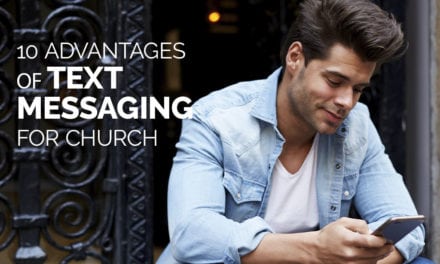 10 Advantages of Text Messaging for Churches

Push Notifications for Your Church App 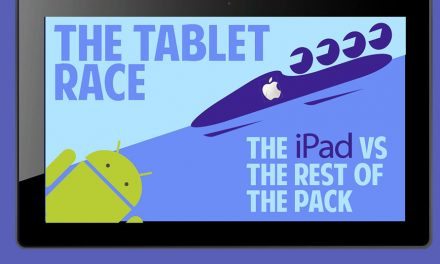 The Tablet Race: The iPad vs. The Rest [Infographic] The Rise of Mobile [Infographic]

We use cookies to ensure that we give you the best experience on our website. If you continue to use this site we will assume that you are happy with it.OkNoRead more